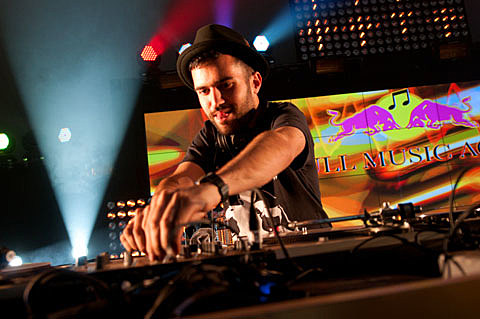 A full two months before his big brother plays the same venue as a member of Chromeo, A-Trak will headline Terminal 5 on 11/27 with Tiga, Flying Lotus, Yelawolf and special guests as part of "HARD NYC Turkey Soup 2010". Tickets for the Thanksgiving weekend show go on sale Friday 10/15 at noon.

The show is one of four US dates for A-Trak, with the others being the previously discussed HARD Haunted Mansion in LA on 10/31 with Flying Lotus (his only other date) and the Bloody Beetroots (who play Webster Hall this Friday), Fun Fun Fun Fest in Austin, TX, and a pre-Halloween show in Chicago on October 30th with Chromeo. All dates below.