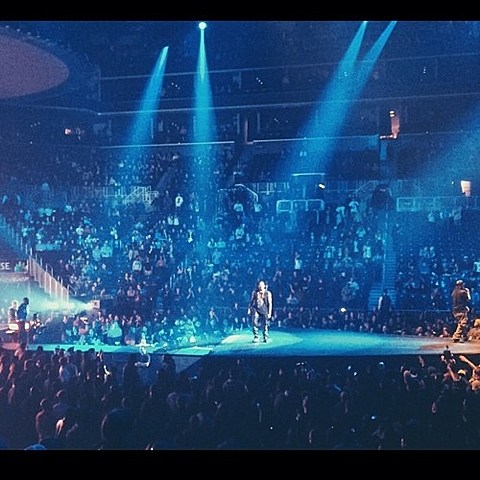 Kanye West's tour currently has him in the midst of his 4-night NYC run, which included stops at Barclays Center with Kendrick Lamar on Tuesday (11/19) and A Tribe Called Quest last night (11/20). The run resumes at MSG on Saturday (11/23) with Kendrick and MSG on Sunday (11/24) with Tribe.

For A Tribe Called Quest, these opening slots are being billed as the legendary group's "final" shows. Regarding their set last night, which had an absolutely killer setlist, OkayPlayer writes:

I feel silly saying they played classics. I mean... "Sucka N*gga," "Find A Way" (Dilla dilla, beats beats) and "Bonita Applebum"... I don't think there is such a thing as a non-classic Tribe tune! For "Bonita," a full bodied Stephanie Santiago painted head to toe in red, black, and green stripes ala the iconic Low End Theory artwork, mesmerized the crowd as she walked to the center of the arena holding a cut-out apple with "38-24-37″ written on the reverse side.

A picture of the full setlist (also via Okayplayer) and a video of them performing "Scenario" with Busta Rhymes last night, below.

Tickets for both Kanye shows at MSG are still available.

Video and setlist below... 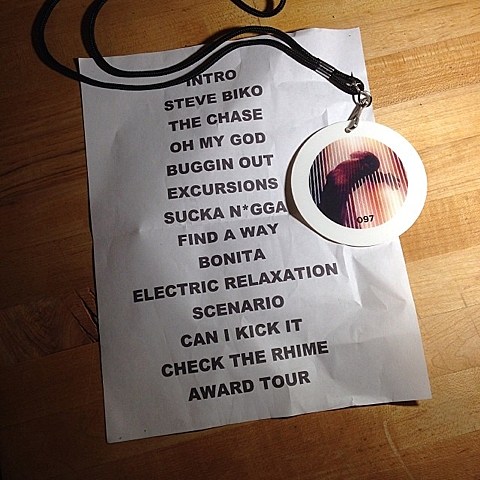