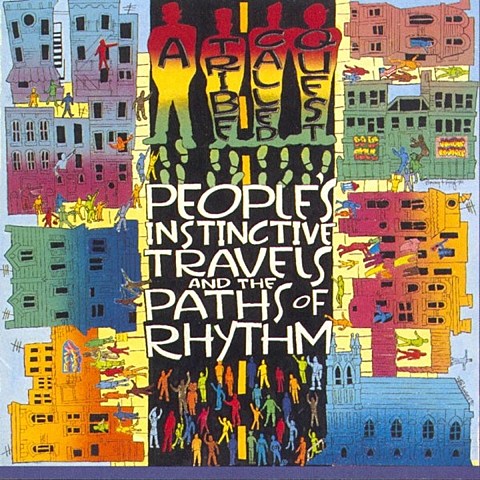 We recently mentioned that all four members of A Tribe Called Quest are set to appear at the NYC release party for the 25th anniversary reissue of their 1990 debut, People's Instinctive Travels and the Paths of Rhythm. It wasn't clear if they'd be playing together or not -- Q-Tip and Ali Shaheed Muhammad are billed as DJs and Phife and Jarobi are just set to make "appearances" -- but now it's been revealed that the group will reunite to perform on The Tonight Show Starring Jimmy Fallon the night before the Santos show (this Friday, 11/13). That makes a performance at the Santos show seem even more promising (it's now sold out). They said their 2013 shows with Kanye West would be their last.

The reissue includes Pharrell, Cee-Lo and J. Cole remixes. You already heard the first two, but now you can also listen to the J. Cole remix below.

Fallon's house band The Roots also have a Long Island show on 12/26.