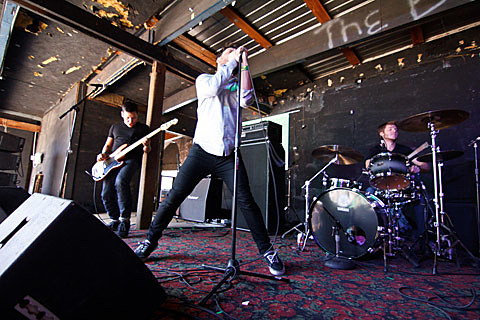 New Bedford, MA melodic hardcore mainstays A Wilhelm Scream and Ontario's promising punk newcomers Single Mothers will be heading out on a tour of the US and Canada this fall. The two bands begin their run together in NYC on November 15 at The Studio at Webster Hall and stick around the area for a NJ show at Asbury Lanes (11/16) the next day. Studio tickets go on sale Friday (8/16) at 10 AM, and Asbury tickets are on sale now. All dates are listed, along with the tour flyer, below.

A Wilhelm Scream are saying that their new album, Partycrasher, will be out at some point this year via No Idea. Not much info has been revealed about that, but they did release a new single back in the spring called "Number One," which you can stream below.

Single Mothers, who also play Riot Fest Toronto, have been promising their debut LP for a while now, and we're still waiting for that to be officially announced as well. Meanwhile, you can stream their 2011 EP, below.

A Wilhelm Scream - "Number One" 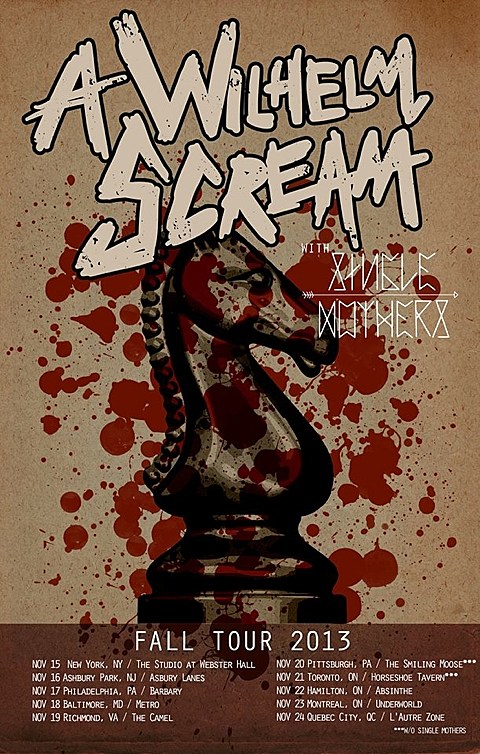