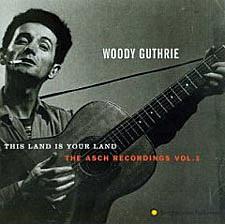 TICKETS ON SALE THIS FRIDAY AT 10AM

New York City‹Woody and Marjorie Guthrie will be honored at a musical celebration featuring Billy Bragg and the band Brad on Wednesday, October 17 at 7pm at Webster Hall in New York City. STEVE EARLE has been added to the lineup. This very special event is hosted by actor/activist Tim Robbins and will benefit the Huntington¹s Disease Society of America (HDSA) as they commemorate their 40th Anniversary.

The evening is titled ³A Celebration of Woody and Marjorie Guthrie to benefit the Huntington¹s Disease Society of America, Featuring Billy Bragg, Steve Earle, and Brad (with Stone Gossard of Pearl Jam) --hosted by Tim Robbins with Special Guests². Tickets go on sale to the public THIS FRIDAY, SEPTEMBER 28 at 10AM Eastern Time at www.ticketmaster.com

Woody Guthrie was a songwriter, writer, singer and American Icon, who suffered and died from complications of Huntington¹s Disease. Marjorie was Woody¹s wife. She cared for him and founded an organization to help others suffering from and caring for those with this devastating neurodegenerative disease-- the Huntington¹s Disease Society of America (www.hdsa.org)

Acclaimed activist and musician Billy Bragg, called a ³national treasure² by The Times newspapers, is a well-known fixture in the Guthrie world. Bragg recorded two Grammy-nominated albums (Mermaid Avenue and Mermaid Avenue II) with Wilco, setting new music to unpublished Woody Guthrie lyrics. After 20+ years in the music business, Bragg has been called ³the leading figure of the anti-folk movement,² and his lyrics ³bitingly intelligent and cleverŠalso warm and humane, filled with detail and witŠstrong and memorable.²

HDSA¹s mission is to promote and support research to find a cure for HD and to help families and communities of the more than 200,000 people at risk for this little know disease, and their families. For more information, go to www.hdsa.org