We announced back in September that Invisible Oranges would be sponsoring the A389 10th Anniversary Bash down in Baltimore on January 17 & 18, featuring Infest, Haymaker, All Out War, Bloodlet, and Systems Overload-era Integrity, among others.

The initial lineup consisted of two shows at the Baltimore Soundstage. Since then, two side shows have been added to the festivities:

On Thursday, January 16, Ringworm will top a bill at Sidebar Tavern, along with Frightened Teeth, Pharaoh, Occultist, & Ampallang Infection.

On Saturday, January 18, there will be a matinee show at Sidebar, featuring Ilsa, Like Rats, Sick/Tired, and Sokushinbutsu.

The whole lineup is below; you can stream a playlist of every band playing the fest (a perfect soundtrack for headwalking your way out of the office and into the weekend) below as well... 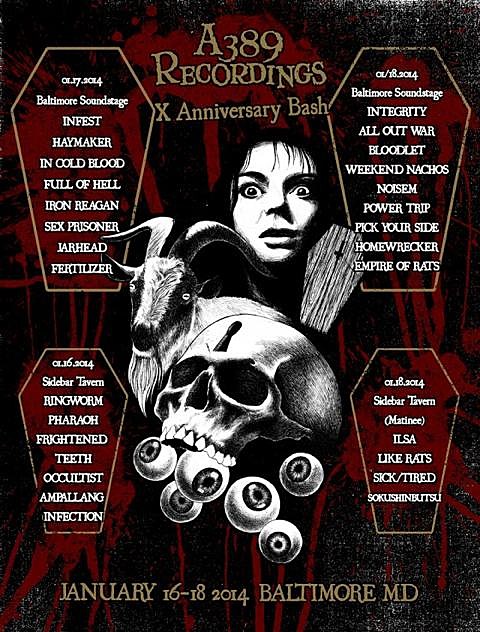