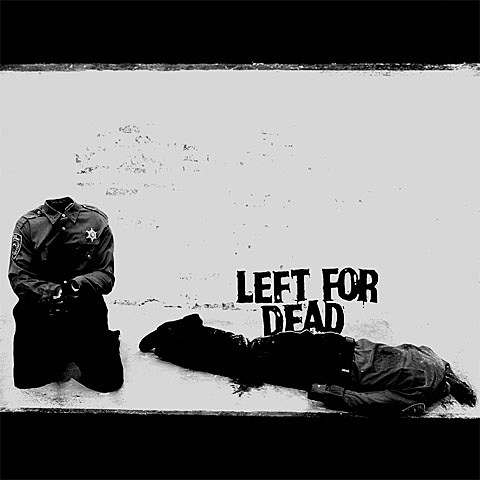 In the wake of the sell-out of A389 2013 in Baltimore, the label has expanded the two-day fest into a full extended weekend! A389 Anniversary will kickoff with a pre-fest show at Ottobar on 1/17/13 featuring Integrity, Withdrawal, Vilipend and Dead Gods , then come to a close with a Sunday matinee on 1/20/13 at Charm City Art Space with Left for Dead, Iron Reagan, God's America and Eddie Brock.

In addition to the previously discussed Friday/Saturday shows at Ottobar, Saturday (1/19) will now feature a matinee at Sidebar with Despise You, Gehenna, Dead in The Dirt, Ancient Shores and WarXGames AND an afterparty with Nothing (who recently toured). None of the newly announced shows will have advanced ticketing; you can only buy them at the door. Full show details are below.

Catharsis has only one show during A389 festival, so what does that mean? Could a tour be in the works?

In other A389 news, the label will release Devoid of Everything, which collects Left for Dead's entire 1996-97 studio output remixed from the original 1/4" multi-track reels. Check out the art above and you can stream a track below. Left for Dead members went on to play in bands like Cursed, Haymaker, Pick Your Side, Burning Love, and many many more. This rare one-time reunion (I was assured!) is not to be missed. Check out some thoughts on the reunion via Chris Colohan here.

Meanwhile, Full of Hell, who plays the Friday show of the fest, is on tour with Gaza now and will play Acheron on 11/24 with Code Orange Kids (tickets).

If you're wondering who Iron Reagan is, the band is prepping to release their 20-track debut Worse Than Dead via A389 in 2013. The band features half of Municipal Waste and members of Darkest Hour and you can stream their demo below alongside details of the A389 festivities.

DAY TWO / SOLD OUT
SATURDAY JANUARY 19TH, 2013
LEFT FOR DEAD / DESPISE YOU / LACK OF INTEREST / WEEKEND NACHOS / PICK YOUR SIDE / LIKE RATS / SICK FIX
VENUE: THE OTTOBAR
Tickets Are SOLD OUT.