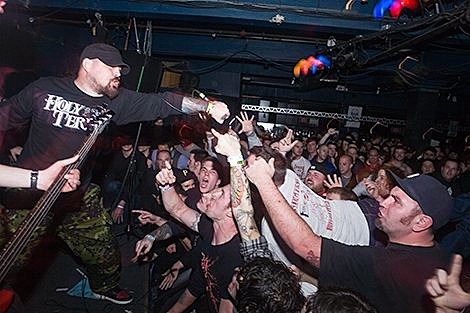 The annual A389 Anniversary bash returns for its eighth year in 2012, expanding to TWO stages of acts at Sonar in Baltimore. The show goes down on January 21, 2012 and will feature appearances from Eyehategod, Integrity (a staple for the bash), Gehenna (who recently revisited their Land of Sodom 7" and Upon The Gravehill and played A389 in 2010), Starkweather, Weekend Nachos, Seven Sisters of Sleep, Starkweather, and Pick Your Side all in their only area appearances, in addition to appearances from Full of Hell (who is streaming their new record), Triac, Low Places, Hatewaves, and many others. Full lineup is below. Tickets are on sale now.

In related news, A389 will release a new flexi from Kill Life, a band featuring members of Integrity, Crass, Fucked Up, Magrudergrind and Pulling Teeth. Kill Life is joined by none other than Mike IX Williams of Eyehategod on the D.E.A. (Dead End America) 7", which is up for order now.

For those of you who can't wait until January, you can catch Integrity in Connecticut in October.

Full lineup is below, alongside some video.

--
THE INFAMOUS GEHENNA AT OUTSLEEZED FEST 7 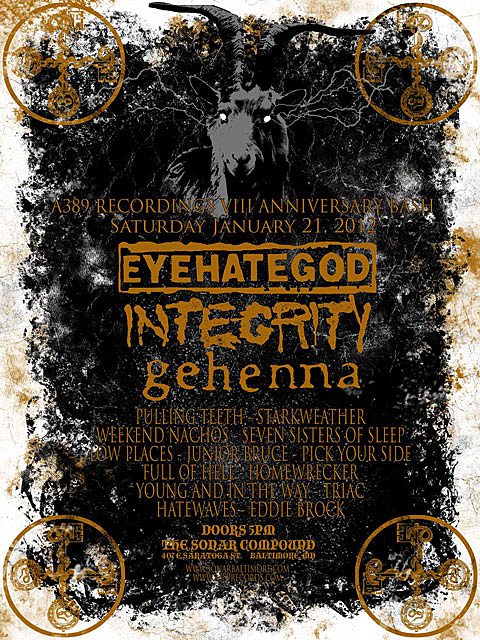