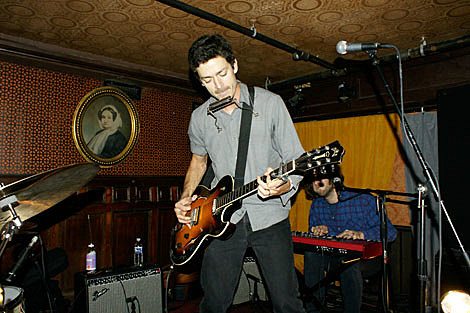 Americana guitarist/singer AA Bondy will tour North America this summer. That includes a stop at Brooklyn's Bell House on Saturday, June 6th. Tickets are on sale.

Bondy will also be at two of the year's biggest outdoor fests -- Sasquatch Festival in Quincy, WA, on May 23rd and Bonnaroo in Manchester, TN, on June 14th.

Check out a video of Bondy playing the title track off that album at a 2007 Mercury Lounge show, with all tour dates, below...