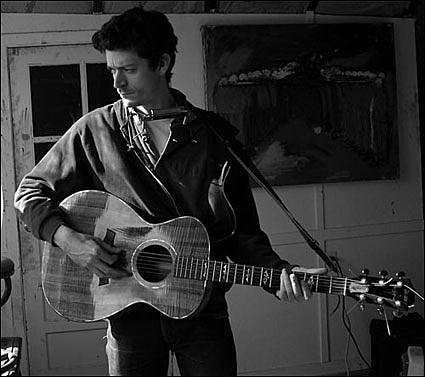 Summer's going to fade soon, the leaves will change and Michigan will be at its absolute most beautiful before we get buried in winter. Bondy's sparse folk rock will make a nice soundtrack for that transition, like Springsteen's Nebraska or Will Oldham's Days in the Wake. The other artist that comes to mind here is Steve Earle.... [3Hive]

American Hearts is the name of the album, and though I'm not as obsessed as a few people I know (one who ranks "American Hearts" the 2nd best album of 2007 - he has Radiohead at #1), AA Bondy's new album has quickly made its way into my regular listening this week. At the moment I keep going back and forth between that, and Deer Tick's War Elephant. AA takes a little precedence though because I'm still trying to decide if I should go see him at Mercury Lounge tonight (12/12) - it helps that Jaymay is opening, not to mention Wakey!Wakey & Jukebox the Ghost both also playing the show. 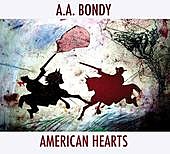 Killed Myself When I Was Young