photo: A$AP Ferg in Queens in 2014 (more by Gretchen Robinette) 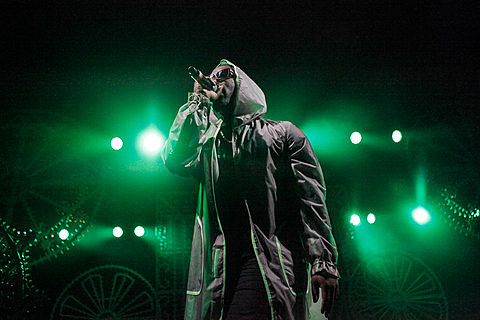 Late last year, A$AP Ferg returned with the new mixtape Ferg Forever, a nice tide-over while we wait for the followup to his excellent Trap Lord. In the past week, he's dropped videos for two of that mixtape's tracks. The first was for "Doe-Active," directed by Spike Jordan and featuring a cameo from Vampire Weekend's Ezra Koenig, and the second was for "Dope Walk," directed by Matt Starr and featuring appearances by Kanye West, Beyonce, A$AP Rocky, Big Sean, Haim, Rihanna and Justin Bieber. Watch both below.

In related news, this Sunday (3/1) at Brooklyn Night Bazaar, A$AP Nast and A$AP Twelvyy will play a free show presented by DXC/Dunkxchange. At the show, you can buy, sell and trade sneakers and apparel. There will also be performances by GRZLXMODE and GI Dara, and music by DJ Mpure and DJ Rob Cast. Unlike most BKNB shows this one is ticketed ($15 advance, $20 at the door) and the flyer is below.

Ferg also has shows coming up, mostly in Australia and New Zealand, but also a couple US festivals including Pitchfork. All dates are listed below. 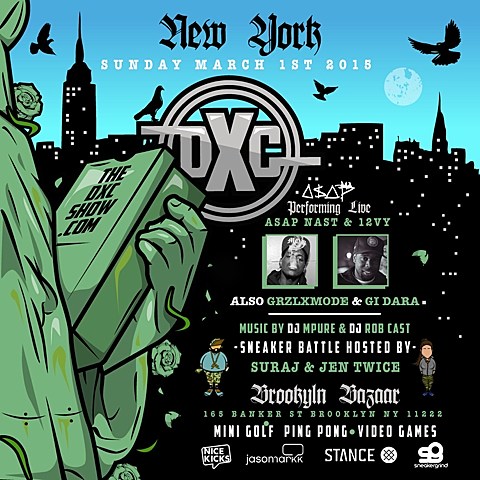