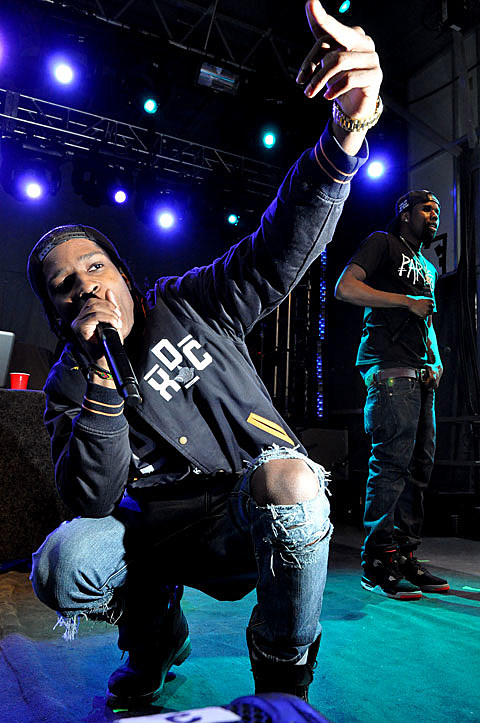 Last month/year, we announced that A$AP Rocky (who is on BBC's 'Sound of 2012' list) is playing a NYC show on February 1 at Irving Plaza before he heads out on tour with Drake and Kendrick Lamar. Tickets for that show are on sale now.

It turns out that the show is part of an A$AP Mob (which A$AP Rocky is a part of) North American tour. According to their blog, more dates are coming soon, but all currently announced dates for this tour are listed below.

Yesterday, the A$AP Mob posted a new A$AP Rocky track to their blog called "Pretty Flacko." The track was produced by Spaceghostpurrp. You can download it above and stream it below.