photo: A$AP Rocky at the Guggenheim in November (more by Scott Rodd) 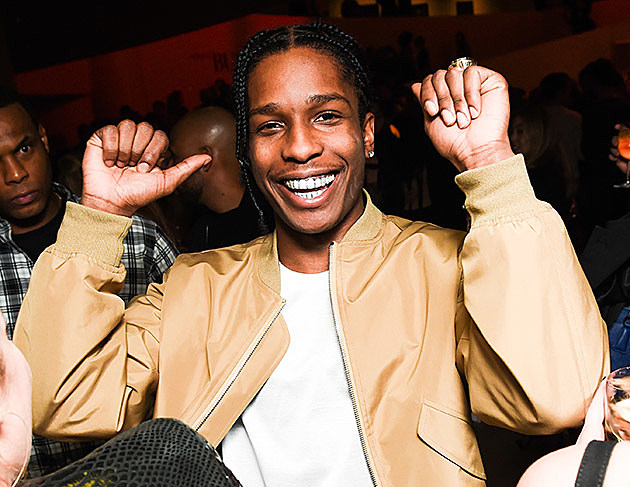 Joey Bada$$ already has NYC and Long Island shows this month (the only non-cancelled dates of his tour), and on January 18 he plays another show here that's even more exciting. It's at Terminal 5 (that's not the exciting part) and A$AP Rocky is headlining. The whole A$AP Mob is billed to show up too, which may also mean the great A$AP Ferg (who has that date off of his tour and plays Philly the next day). Special guests are promised, and Lil Uzi rounds out the lineup.

The show is billed as "A celebration of the life & music of A$AP Yams," and it takes place exactly one year after he sadly passed away. Tickets go on sale Friday (12/18) at noon.

Rocky has other shows coming up, all of which are listed below... 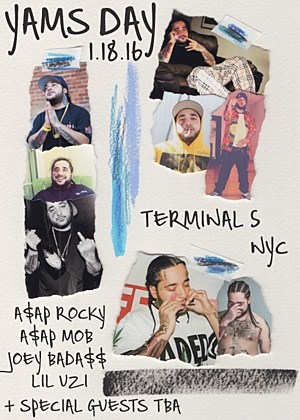