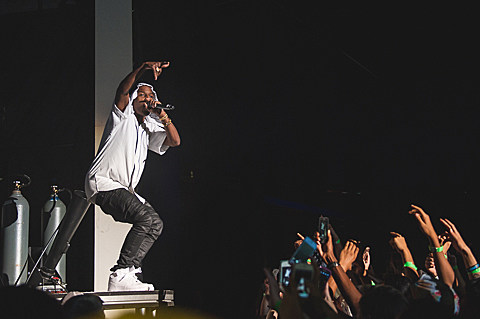 Harlem rapper A$AP Rocky told GQ the title of his upcoming album in a new interview. At.Long.Last.A$AP still doesn't have a release date, but we do know that it features Lykke Li, FKA Twigs, Juicy J, and Clams Casino, and was executive produced by Danger Mouse and the late A$AP Yams. He also spat a new verse from the album during the photoshoot, and video of that is below. No word if A.L.L.A includes recent singles "Multiply" and "Lord Pretty Flocko Jodye 2", but you can watch the videos for those below too.