A$AP Rocky appeared on BET's "106 & Park" earlier this week (12/3) to reveal his new video for his posse cut, "Fuckin' Problem," which features Kendrick Lamar, Drake, and 2 Chainz. On the show, he also revealed the cover art for his new album, Long.Live.A$AP, and announced that it will be out January 15, after much delay. You can watch the "Fuckin' Problem" video and check out the album art below.

As mentioned, Rocky will be touring with Rihanna and playing NYC on May 4 and 5 at Barclays Center (night 1 sold out, night 2 tickets on sale) but if you'd prefer not to see him opening for a huge pop star in a huge arena, you can catch opening for T.I. at Best Buy Theater on December 18. Rocky appears on TI's upcoming album, Trouble Man (which drops the day of the show), on the track, "Wildside," so maybe he'll come out to perform it with Tip at the show. Tickets for that one are still available.

As mentioned, T.I. recently dropped the Andre 3000-featuring track, "Sorry," off Trouble Man. If you missed it, you can stream that below, along with the A$AP Rocky video, cover art, and a list of updated dates. 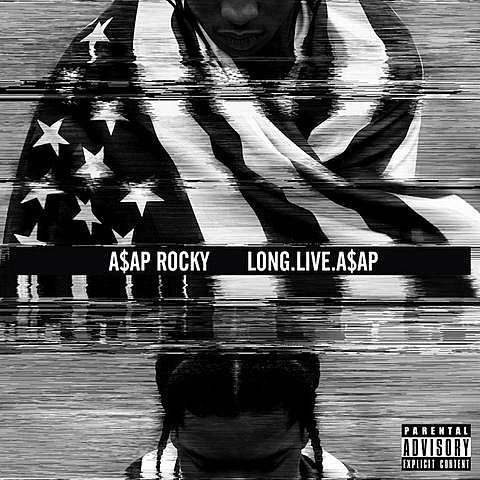