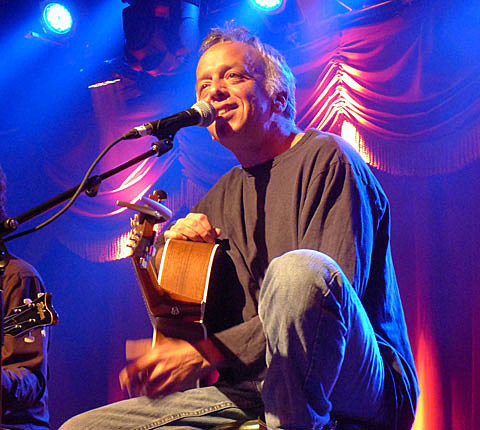 Aaron Freeman (aka Gene Ween) released, Marvelous Clouds, his first solo album under his real name, this week via Partisan Records. Freeman's record release show at 92Y Tribeca tonight (5/9) is sold out, but we're giving away a pair of tickets. Details are below.

Marvelous Clouds is a tribute to famed poet and songwriter Rod McKuen, whose songs have been recorded by a lot of famous people, including Frank Sinatra and Madonna. (Terry Jacks went to #1 with his version of McKuen's "Seasons in the Sun" in 1973.) You can stream the song "As I Love My Own" at the bottom of this post.

When you're done listening, feel free to let Freeman know what you think. He's given out his phone number ([609] 542-0751) and is encouraging people to leave him messages.

Details on how to win tickets to the 92Y show, Aaron's only upcoming date at the moment, and the song stream below...

---
======================
For a chance at winning a pair of tickets to see Aaron Freeman at 92YTribeca: either tweet something that includes both @BrooklynVegan AND "AARON FREEMAN" in the tweet, or send an email to BVCONTESTS@HOTMAIL.COM with the subject line "AARON FREEMAN". Include your first and last name in the email. We'll pick a winner at random and contact them with more details. If you enter by email, it will not be shared with anyone else. Good luck!
======================