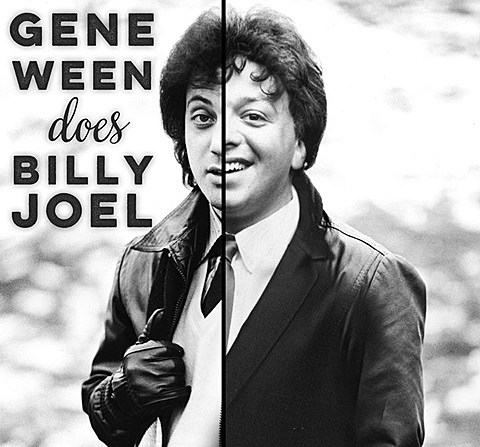 At City Winery tonight (3/20) it's "An Evening with Aaron Freeman" which is sold out but the onetime Ween frontman will be back soon, and in a particularly New York state of mind. Freeman will be playing special shows as "Gene Ween does Billy Joel" at Brooklyn Bowl on May 28 & 31:

Gene Ween explores his deep and abiding man-love for the music of Billy Joel. Backed by a 7 piece band of fellow Joelophiles, Gene tears through the hits, and only the hits, from the man from Oyster Bay.

The 5/28 Brooklyn Bowl show is sold out already, though there will be limited tickets available at the door. Tickets for the 5/31 show go on sale today at 10 AM.

If you want to see the real thing, Billy Joel's neverending Madison Square Garden residency continues. Aaron Freeman will be doing a few other "Gene Ween does Bill Joel" on the East Coast (Woodstock, Philly), as well as other shows, and all dates are listed below.