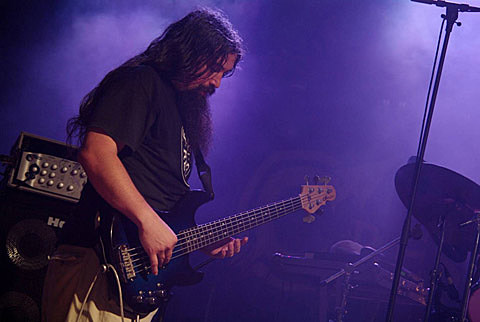 Aaron Kenyon, a founding member of Man is The Bastard, has weighed in on the controversial appropriation of the iconic skull logo by Akron/Family, and his views differ from that of his ex-bandmates. Check out Kenyon's statement below.

If you missed it, Man is the Bastard member Eric Wood initially made his thoughts known via Facebook which in turn led to ex-member Israel Lawrence weighing in and a public response from Akron/Family as well. 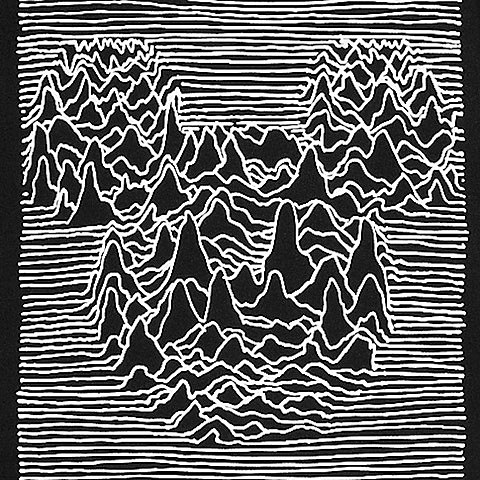 In semi-related news, Disney will no longer carry a highly-controversial t-shirt that molds the iconic Joy Division Unknown Pleasures album cover into a Mickey Mouse silhouette. Band members fell on both sides of the fence on this issue, with Peter Hook commenting to the LA Times that it was "flattering" and drummer Stephen Morris commenting that it was "horrible" and he was "quite angry".

Aaron Kenyon's statement on Man in the Bastard, below..

A NOTE FROM Aaron Kenyon:

There seems to have been some concern over the use of the M.I.T.B. logo by Akron/Family; This should have never have been a problem.

I am writing this not only to clear up the misunderstanding with Akron/Family, but also as an attempt to articulate M.I.T.B.'s philosophical stance in the light of the unnecessary conflict. Since the dissolution of M.I.T.B. as a performing group, I have stayed out of any public debate about issues concerning the group's philosophy, even when I have had to answer for the views of others; In this case I feel compelled to speak up. There have been many statements made in the "Bastard" name that I disagree with, not just because these statements don't correspond with my version of the groups ideals, but also because they are poorly articulated, philosophically baseless and smack of contradiction. This situation goes beyond one man being upset because someone used his trademark to make money, because it highlights issues of intellectual property rights, underground commerce and reciprocity in the scene. M.I.T.B. always stood for community, consciousness and the free exchange of ideas and this attack on Akron/Family does not represent that stance.

The levels of irony in this situation are numerous to the point of being comical. In my opinions, disputes over fair use and ownership seem antithetical to what the group's philosophy is all about. M.I.T.B. had many influences and appropriated and re-contextualized material at will. The "logo" itself was simply stolen from a book. (One need only look at early Swans or Crass albums to see where we borrowed some of our graphic inspiration from.) All art can be a form of theft and punk was meant to be more so. (Imagine Crass coming after ever garage screen printer who ever made a dollar off of their logo.) There have always been many parodies of the M.I.T.B. logo and they have always represented a form of artistic exchange and interplay. The fact that people have embraced the concept and made it their own is complimentary; I take this phenomenon with all of the benefits and draw backs it comes with.

It goes without saying that if one's Sigil is stolen and used to negative ends, something should be done, but this is clearly not the case with the Akron/Family shirt - or with any other group that re-contextualizes a logo (Actually, calling the skull image a "logo" emphasizes the fact that it is functioning as a "Trade Mark" used primarily for commerce, and issues of commerce are the last things M.I.T.B. should be concerned with).

I respect Akron/Family. The group's incorporation of spiritual principles and iconography in their work is commendable. I purchased the Akron/Family bmbz record and I thought the cover - with its many skull "logos"- was fun; I recognized a kinship and felt the sense of homage right off. The use of the logo on the t-shirt is no different to me. This dispute could have been handled with simple dialogue and understanding.

Synthesizing an academically valid (and hopefully exemplary), socio-political/artistic stance and using it to effect some kind of change was always one of the driving motivations for my being involved with the group; so I take any stance by it's members that in any way soils it's collective "legacy" very seriously. If there is anything that M.I.T.B. did that could influence, inspire or be used by others towards the good...more power to the people. Art consciously exchanged embodies the new civility.

P.S. If I had any advice for any band or screen printer that wants to use a bands logo to make a product: Try asking the band, or try to sending the band a shirt or whatever as a thank you and sign of respect.