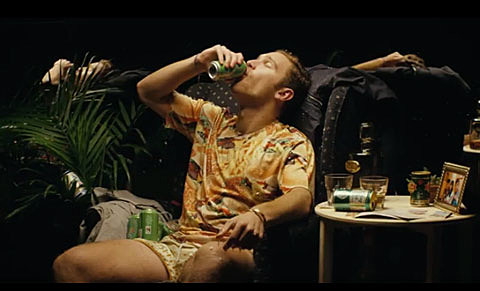 Originally from New Haven, CT but now based in Brooklyn, songwriter Aaron Taos has a distinctive sound, often just his guitar and voice that is more compelling than that might at first sound. His current single "Simple & Sober" tells the familiar tale of what happens to best friends when one of them gets involved in a serious relationship. The video, which premieres in this post, illustrates this further with Taos throwing a Party For One. Directed by the Tanaka Bros, who also made Aaron's "Ill" video, you can watch those below.

"Simple & Sober" is off Aaron Taos' new EP, GUITS, which will be out September 18 viaClam Club. He'll play a NYC release show on September 29 at Elvis Guesthouse. Tickets are on sale now.