Ab-Soul at Williamsburg Park in 2013 (more by Amanda Hatfield) 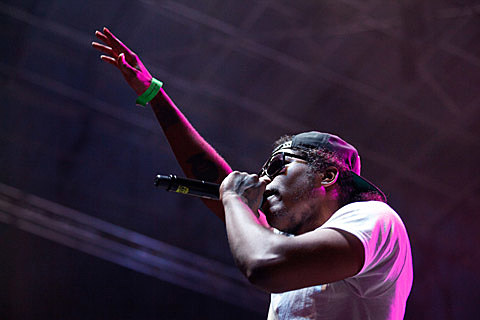 Black Hippy rapper Ab-Soul has been announced as the headliner for this year's 4Knots Music Festival which takes place after the fest ends at Webster Hall on July 12. 4Knots is free but the afterparty isn't and tickets for that go on pre-sale Wednesday (5/28) at noon (password: 4KNOTSPR). General on-sale begins June 3 at noon. The only other Ab-Soul date we're currently aware of is Made In America LA.

Ab-Soul plans to release his new album, These Days, at some point this year via Top Dawg Entertainment, and recently put out a new single from it, "Stigmata," which features Action Bronson and Asaad. You can check that out below.

Listen to "Stigmata" below...