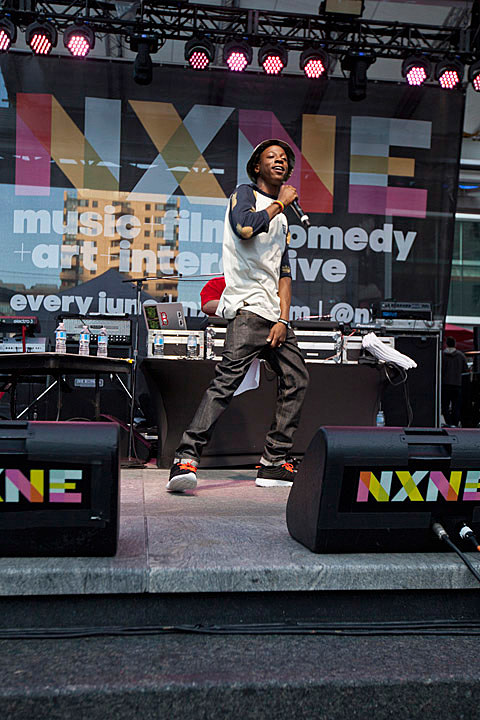 The Smokers Club Tour (which has previously included artists like Curren$y, Big K.R.I.T., Smoke DZA and more) is returning this year with a new lineup co-headlined by Black Hippy's Ab-Soul and Pro Era's Joey Bada$$. The rest of the Pro Era crew will be on the tour too, as will Joey's Beast Coast tourmates The Underachievers. It also features Chevy Woods, Cashius Green w/ Pheo, June, Minty Burnes, Shortstop, and Uiie P. All dates, including shows in New Haven and Philly, are listed below.

Though the tour doesn't currently include any NYC dates, you can catch The Underachievers in NYC when they play a Couch Sessions show at The Paper Box on Sunday (9/1) with Sango, Kendra Morris and many more. Admission is $5 with RSVP or $10 at the door. More info on that show here.

Ab-Soul will also be in NYC to open for his Black Hippy crewmate Kendrick Lamar when he plays Williamsburg Park on September 10. That show also includes another Black Hippy member, Jay Rock, and young upcoming Brooklyn rapper Bishop Nehru (who we caught opening for Ab-Soul earlier this year). Tickets for that show are still available.

Joey also just offered his response to Kendrick Lamar's "Control" verse with his song "Killuminati Pt. 2." Listen to that, along with the list of all Smokers Club Tour dates, the tour flyer, and other song streams, below...

The Underachievers - "The Proclamation" 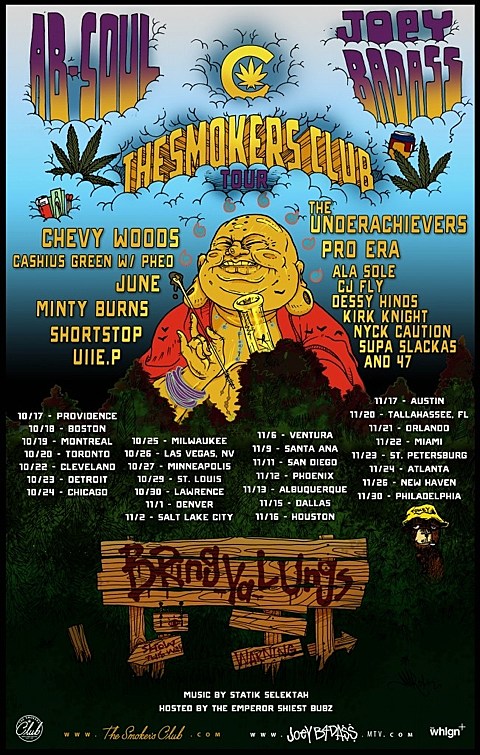