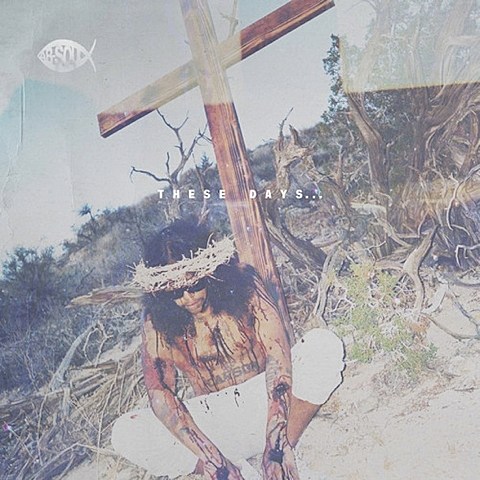 Ab-Soul's been talking about his new album These Days... for a while now, and it finally came out today (6/24) via TDE (not Interscope). Like his fellow Black Hippy members Schoolboy Q and Kendrick Lamar did with their recent albums, you can tell Soulo went all out here and really wanted to make an "album" with multiple interludes, smartly placed guest spots, and well-executed transitions from song to song. Kendrick and Schoolboy Q appear on the LP, as do Danny Brown, Action Bronson, Lupe Fiasco, Jay Rock, SZA, Jhene Aiko and more, plus excellent production from Corin Roddick of Purity Ring, DJ Dahi of Pac Div, J. Cole, Dave Free, Sounwave, and Tae Beast of TDE regulars Digi+Phonics and more.

Ab-Soul's love of drug references and tripped-out sounds are all over the record, but it's not a one tricky pony drug-rap album or anything. Like good kid, m.A.A.d. city and Oxymoron, there are the songs for your headphones, the songs for parties/live shows, and plenty that go both ways. He quotes Drake, mimics Chief Keef, and shouts out a particular trip to New York: "I'm on my way to NYC, last time I was there I swear I sold out SOB's." Presumably he's referring to this show.

Ab-Soul will be on his way back to NYC to headline the 4Knots afterparty on July 12 at Webster Hall with YC the Cynic and Jarren Benton. Tickets for that show are still available. His buddy Schoolboy Q will be in NYC for a Central Park show this week (tix).

Stream These Days... in full below...