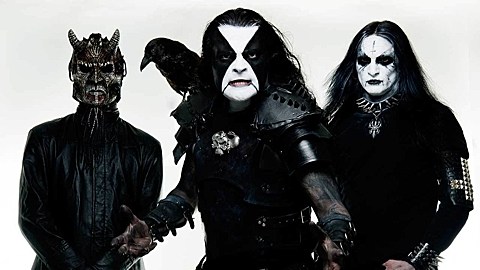 In what is always some of the biggest metal news of the year, the 2016 Decibel Magazine Tour has been announced, and will feature the can't-miss bill of Abbath, High On Fire, Skeletonwitch and Tribulation. The tour will hit NYC for a show at Webster Hall on April 12. Tickets go on sale Friday (11/20) at 1 PM. All dates are listed below.

As we've come to expect, this is a very deep lineup of talent. Abbath is the recently-formed supergroup led by Abbath Doom Occulta of Immortal. The rest of the band is King Ov Hell of Gorgoroth and drummer Kevin Foley, who has played with Benighted, Decapitated, Sepultura, Disavowed and Sabaton, just to name a few. Abbath have played some shows in the past year, but this marks their first major North American tour. They just released a new song last week, and they have a self-titled album on the way, set to drop on January 22 via Season of Mist (stream the track below). Abbath's (the singer, not the band) Motorhead tribute band Bombers also played NYC's Martyrdoom festival last week.

As for the rest of the talent, well, it's great. High On Fire are one of the most reliably amazing live bands on earth, and the fact that they're second on the bill speaks to how stacked these shows will be. They released Luminiferous earlier this year. Skeletonwitch are working on new material and will presumably have a new album out in 2016. Sweden's Tribulation are currently on tour with Deafheaven and released the excellent Children of the Night earlier this year.

Check out all dates for the tour, along with a video of Bomber playing "Ace Of Spades" at Martyrdoom, a stream of the new Abbath track, and a snippet of studio footage from Skeletonwitch, below... 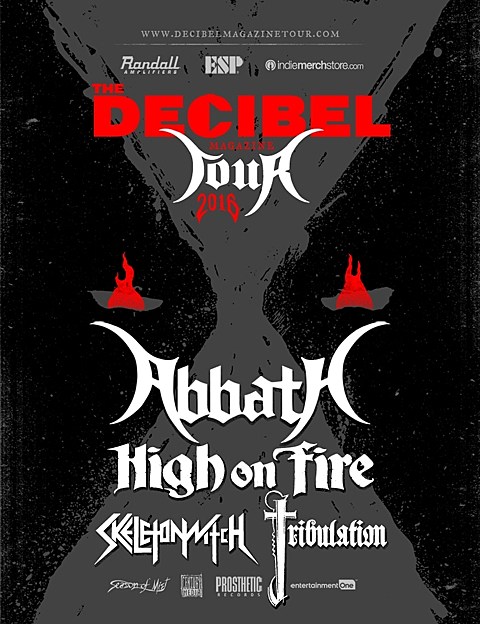 and here's an amazing gif of Abbath and Drake: