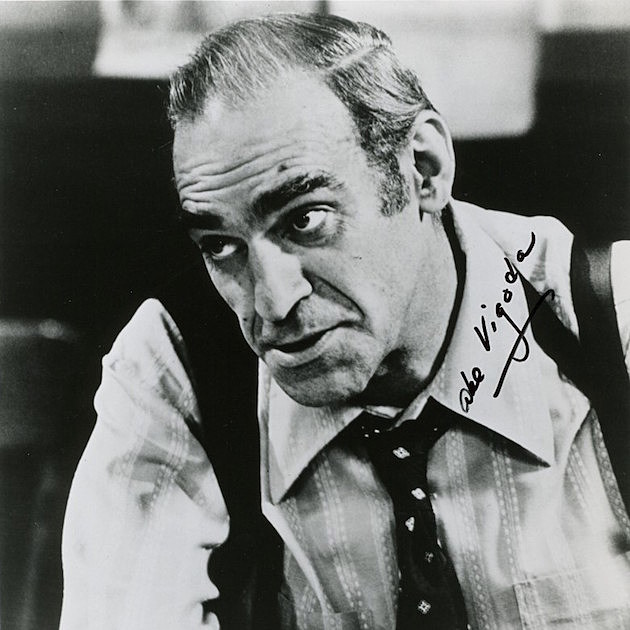 Great character actor Abe Vigoda died of natural causes at his home in New Jersey. He was 94. Born in Brooklyn in 1921, Vigoda was a popular Broadway actor in the '60s, but gained national notoriety with his role as mobster Tessio in the first two Godfather films, and then as Sgt. Fish on sitcom Barney Miller. He remained active in acting up until his death. Some of you may remember the band who named themselves after Vigoda.

That many people over the last 30 years thought he was already dead was a running gag -- he lampooned himself on Letterman, and with a reoccurring spot on Late Night with Conan O'Brien, and website Isabevigodadead.com has been going since 2001. That the website had to finally change its status is very sad news indeed. Abe, you will really be missed. Rest in peace.

Watch a few Vigoda clips below