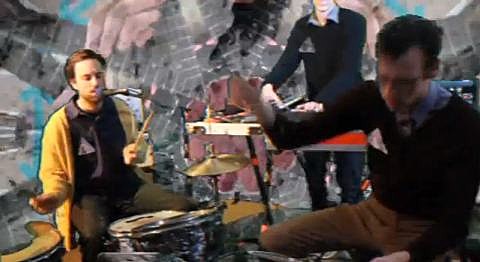 Absolutely Free, the band formed from 4/5ths of DD/MM/YYYY, released their debut EP last fall and have just released a video for one of its tracks, "UFO." It's powered by a very Can-like beat, and you can watch its video below. A stream of the entire EP is below as well.

The band, who were here for CMJ, have a few tour dates lined up this week, including a stop in NYC on Friday (2/8) at Big Snow Buffalo Lodge with Alan Watts, Yvette, Breeding Program and DJ Porkchop. $7 at the door and more info is here. They'll be at SXSW too. All tour dates are listed below...