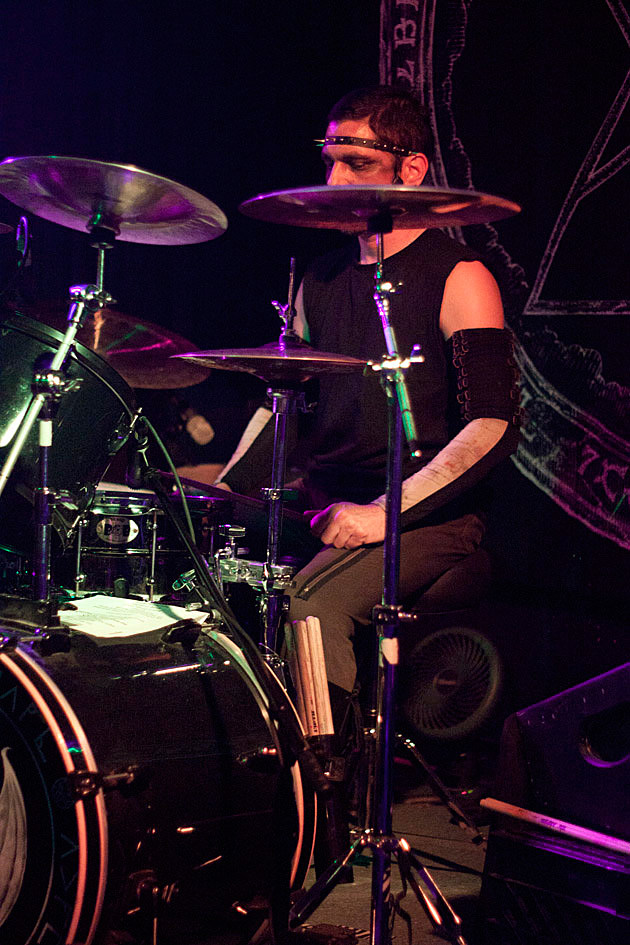 BV Chicago mentioned a few weeks back that the great American black metal band Absu will be embarking on a second North American tour in November. (Their first tour this year hit NYC back in April.) There was no NYC date announced for the second tour at the time, but we're pleased to announce that there will be one, and it's Invisible Oranges-sponsored. From our announcement:

"Absu's is an explosive, almost grinding take on black metal, and they are a fantastic live band. Their riffs are harmonically eerie, as black metal should be, but the entire band shreds so hard that you almost don't notice them at first. Proscriptor McGovern fully deserves his reputation as one of the best drummers (and funniest frontmen) in metal. I still wish that Slayer had hired him after he auditioned for the band.

Invisible Oranges is pleased to announce that we will be sponsoring Absu's NYC appearance on their upcoming North American tour. Joining them will be the Villains, whose death/black/thrash mashups will sit nicely beside Absu's occult onslaught."

Read the whole post over at IO. The Absu/Villains show in question will take place at November 18 (11/18) at Saint Vitus Bar. You can buy tickets here, and stay tuned for additional lineup announcements.

You may recall that Villains released an album earlier this year. You can stream it and take a look at the full list of dates below.

Filed Under: Absu, Villains
Categories: Heavy Metal News, Music News
Comments
Leave A Comment
Melissa Moore comments further on Absu: “I hope they aren’t trying to steal my songs again”
ex-Absu guitarist Melissa Moore speaks out over being fired for being trans after band reforms as Apsu
Absu issue statement about breakup
16 New Songs Out Today
Absu member says “I lost my band when I came out to them”
Absu, Aluk Todolo, Blood Incantation & more playing Stardust 2017 at Saint Vitus