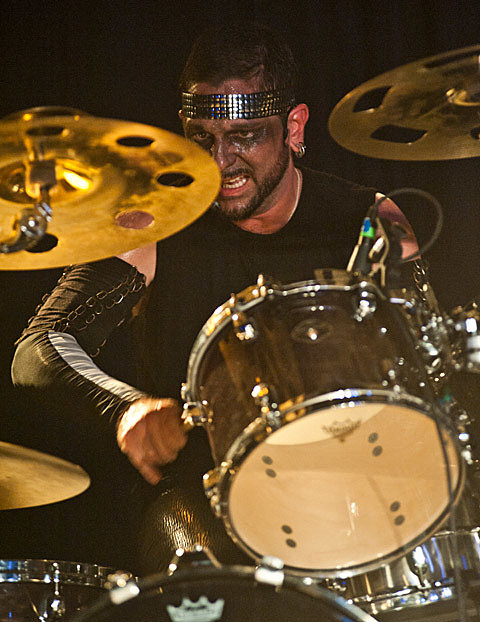 For my money, one of the best black metal bands in the US will play NYC tonight at Saint Vitus, the first of a two-night stay for the "mythological occult metal" band Absu. Krallice will provide support tonight (4/10) and Tombs tomorrow (4/11). As discussed, the shows will feature two sets from the band that will span the entirety of their career. Tickets are still available for both nights OR you can take your chances at trying to win a pair for each! Details on the contest are below.

Contest details, a stream of the band's classic, Tara, and remaining dates are below.

Filed Under: Absu
Categories: Heavy Metal News, Music News
Comments
Leave A Comment
Melissa Moore comments further on Absu: “I hope they aren’t trying to steal my songs again”
ex-Absu guitarist Melissa Moore speaks out over being fired for being trans after band reforms as Apsu
Absu issue statement about breakup
16 New Songs Out Today
Absu member says “I lost my band when I came out to them”
Absu, Aluk Todolo, Blood Incantation & more playing Stardust 2017 at Saint Vitus