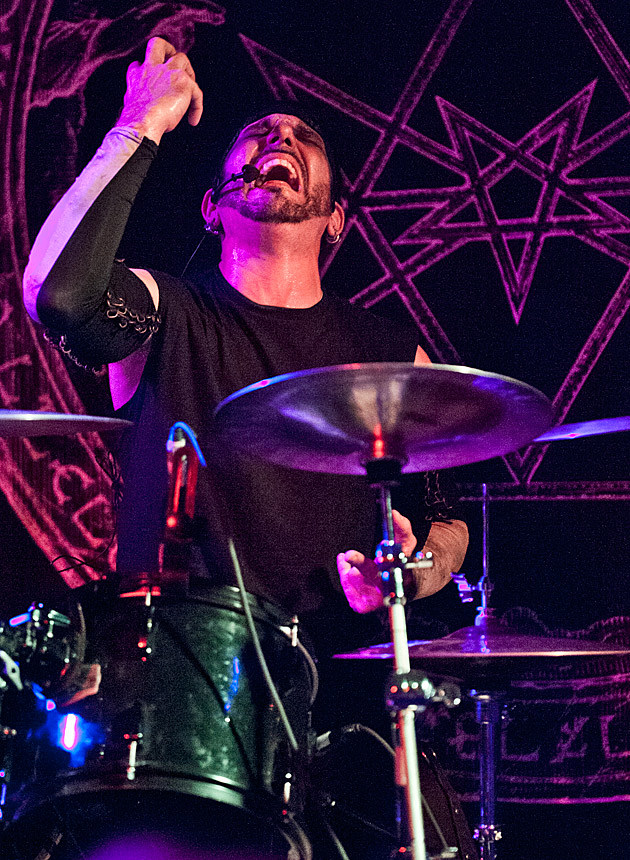 Currently celebrating 20 years on Earth, otherworldly "mythological occult metal" trio Absu played their first of two NYC shows at Saint Vitus last night (4/10), joined by Brooklyn's own Krallice. The band performed a ninety-plus minute set that covered their entire output, and closed with a special appearance from honcho/drummer Proscriptor stepping from behind the kit to act as a frontman. Pictures, video and the setlist from last night are at InvisibleOranges.

As discussed, Absu's reign at Saint Vitus comes to a close tonight (4/11) with special guest Tombs. Tickets are still available or you can try your hand at winning a pair.