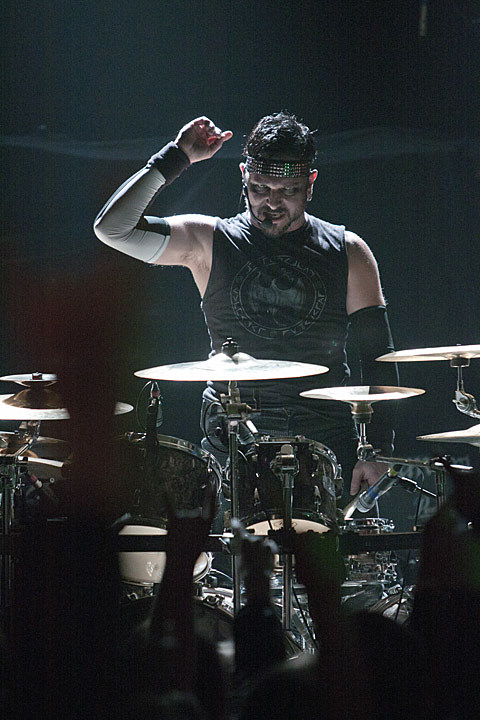 Mythological occult metal trio Absu will hit the road for some dates with Infernal Stronghold that will include a show at Europa on 11/11/11. Tickets for the Brooklyn show are on sale. All dates are listed below.

Absu's sixth LP Abzu is due on 10/4/11 via Candlelight. The LP marks the recording debut of guitarist Vis Crom (also Rumplestiltskin Grinder) and is the second of a planned trilogy of recordings that started with 2009's Absu. The band is also preparing to re-release The Sun of Tiphareth as a 3xLP box set with bonus tracks via Dark Symphonies/The Crypt. Look for more reissues via the label in 2012, including The Third Storm of Cythraul and Tara.

Meanwhile get familiar with Absu with a mixtape and Infernal Stronghold's latest split with Pizza Hi-Five, both streamable below. All tour dates down there too... 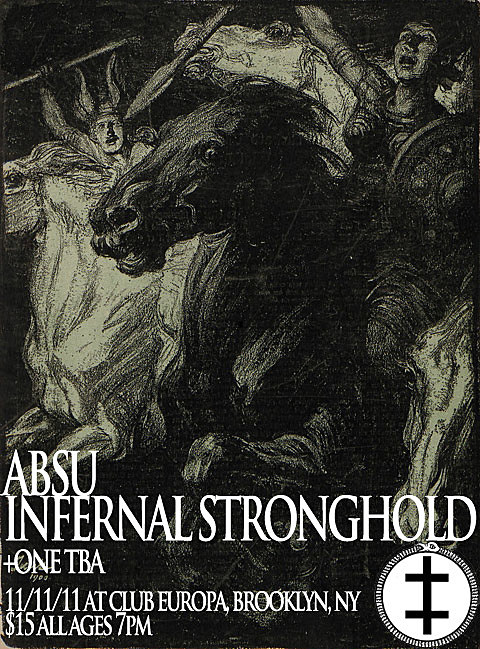