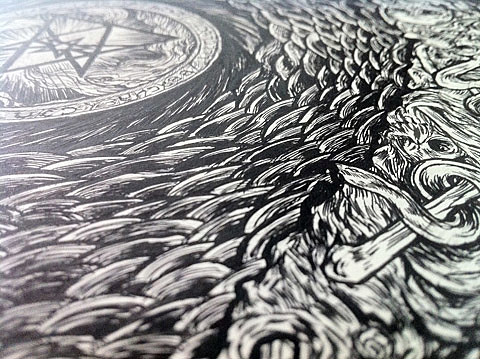 Absu is commemorating their string of dates with Infernal Stronghold in physical form.

For the upcoming tour, the bands have self-released a split flexi that will only be available at these few shows. It will not be available for sale through other mediums whatsoever. one new song from each band on clear vinyl and 4 different colored silk-screened covers. Limited to 250 copies.

Get your copy of the tour-only flexi at one of their six east coast dates which kick off TONIGHT at Strange Matter in Richmond, VA, including on Friday 11/11/11 at Europa with Villains. The NYC show is a BrooklynVegan/Order Of The Serpent production.

In January Absu heads to Australia for a string of dates with Portal. Check out our just-posted interview with Portal's Horror Illogium (and the accompanying remix he did for Bloody Panda).

All Absu tour dates, the show flyer, and some streams from Absu's latest LP Abzu (as well as other material) is below... 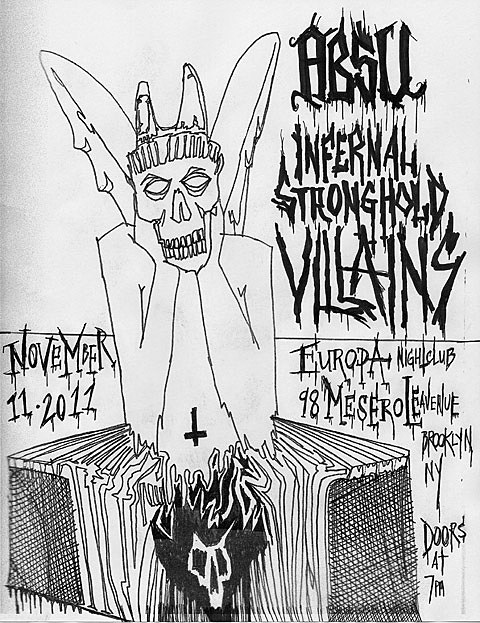