DOWNLOAD: Dent May & his Magnificent Ukulele - Meet Me In The Garden (MP3) 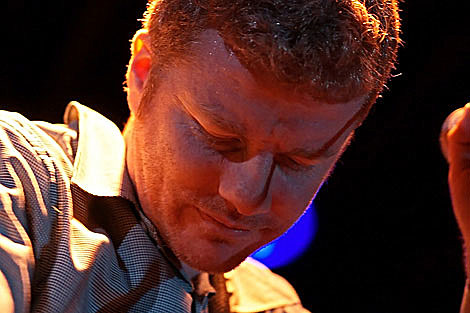 AC Newman will be touring in support of his new Matador album in February and March - first with Dent May & his Magnificent Ukulele, and then with The Broken West. who is Dent May?

Jackson, Mississippi native Dent May grew up singing in local church groups, acting in school plays, and performing at nursing home gigs with a recorder choir. In high school, he wrote synthy power-pop with his band The Rockwells while recording erotically charged novelty tracks with friends on the side. After three unsuccessful semesters at NYU's film school, May moved to North Mississippi where he helped found the Cats Purring arts collective and formed a country-rock band called Cowboy Maloney's Electric City. In late 2007, inspired by Serge Gainsbourg and Lee Hazlewood, he began performing as Dent May & His Magnificent Ukulele and released a digital EP of cheeky lo-fi tunes, A Brush With Velvet. The title is a reference to The Partridge Family, episodes of which May obsessively collected and organized on VHS tapes as a teen. His debut album, The Good Feeling Music of Dent May & His Magnificent Ukulele, was recorded with Rusty Santos in May's home, a double-wide trailer in Taylor, Mississippi (population: 300). He continues to perform with Cowboy Maloney's Electric City, and recently began recording dance music under the moniker Dent Sweat.