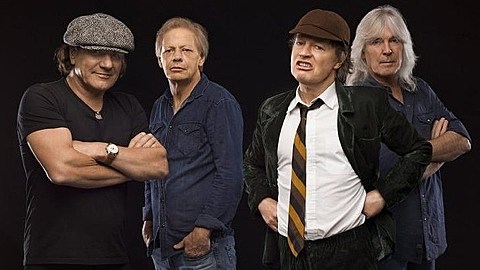 We already knew that AC/DC, who performed at the Grammy Awards show on Sunday, would be playing Coachella this year, and now a full North American tour has been announced to go down a few months after that. The tour hits the NYC-area on August 26 at MetLife Stadium. Tickets for that show go on sale Monday (2/16) at 10 AM.

AC/DC's sixteenth album, Rock or Bust, came out in late 2014. Stream the title track and watch a more classic video, with the list of tour dates, below...