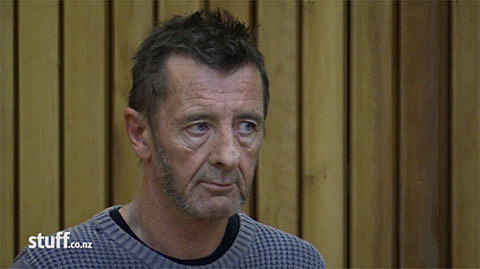 AC/DC recently released a new band photo without their drummer Phil Rudd in it. When questioned about it, the band said Phil just couldn't make the photo shoot. Well maybe that's because he was too busy trying to kill people! First Malcolm Young leaves the band due to illness, and now this:

He appeared in the Tauranga District Court this afternoon, charged with attempting to procure a murder.

Rudd, 60, dressed in jeans and a grey sweater, said nothing during his short stint in the dock of the court, before being released on bail.

He entered no plea to the charges and will reappear in court in three weeks...

More at Stuff and in the Sydney Morning Herald.