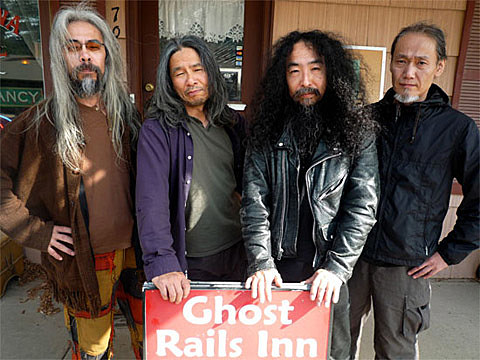 When Japanese proggers Acid Mothers Temple declared their recent tour the "Last Tour in US & Canada 2012," I'm guessing they meant their last tour of that year? That would be the only way to explain a recent announcement of North American dates, unless of course the band is taking notes from Jay-Z or Michael Jordan. Look for the band to play NYC at Knitting Factory on April 17 and Mercury Lounge on April 19 as part of a tour that will include a stop at Austin Psych Fest. Tickets for Knit are on sale now, while Mercury tickets go on sale Friday (2/15) at noon.

A list of all tour dates and a video are below...