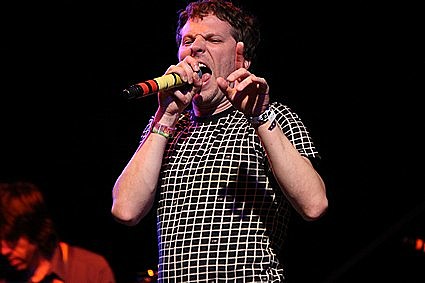 "The 2009 Austin City Limits Music Festival will showcase a diverse blend of acts both fresh and familiar at the eighth edition of the event in Zilker Park October 2-4. Pearl Jam, Dave Matthews Band, and Beastie Boys are performing for the first time at the Festival, with Kings of Leon, Ben Harper and Relentless7, and Thievery Corporation returning to Zilker Park once again. John Legend, The Dead Weather, and The Levon Helm Band will also make their ACL Festival debut, while Austin's own Ghostland Observatory will no doubt deliver another memorable set for festival goers.

With over 130 artists on this year's bill, the list of acts awes at each note with the likes of Sonic Youth, Mos Def, Toadies, Flogging Molly, The B-52s, Lily Allen, Citizen Cope, Arctic Monkeys, The Decemberists, Coheed and Cambria, Andrew Bird, Girl Talk, and many more.

In the tradition of the TV show from which it was born, the Festival has always aimed to offer musical discovery for the fans. The 2009 lineup is rich with pop, country, folk, bluegrass, blues, reggae, indie rock, hip-hop, and gospel, to name a few, spanning cultures and countries from New Orleans to Venezuela to France."

"Three-day passes are available and selling at a brisk clip at the Regular price of $185. As always, prices include all service fees. Tickets and VIP packages are available at www.aclfestival.com"