Across Tundras by Diana Zadlo 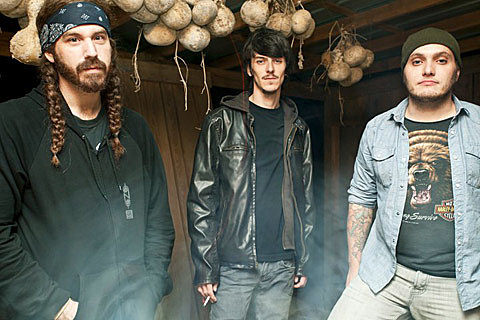 Southern blues-y riffs permeate through Across Tundras' work, and though the band isn't afraid to let loose an earth shaking riff, it'd be a mistake to lump them in with the doom sound that is so prevalent in the region. Across Tundras' roots lie in swampy and twangy Americana and dip into high-volume psychedelic riffery, not the other way around; a method that is showcased on the Nashville band's new LP Sage. Check out the slow burner "Hijo de Desierto", from the band's Neurot debut (due 5/17). Download it above. Stream it below. Fans of country-inflected and 60s/70s psychedelic rock, and recent output from bands like Grails & Royal Thunder, take note.

The notoriously hard-touring band will take the show on the road following the release of the LP, hitting up dates on the East Coast through early June that will include 5/27 at Union Pool with Ominous Black. All tour dates, the song stream and some video is below.

Across Tundras, Life on the Grainbelt