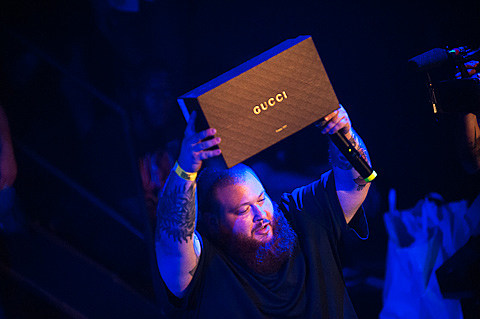 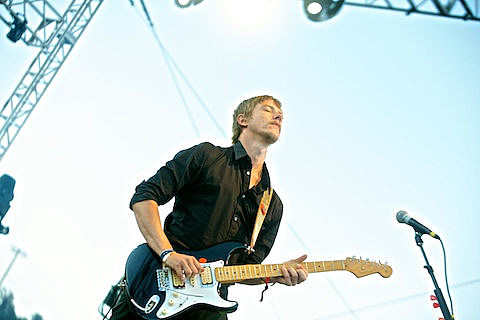 Complex is throwing a big, free, multi-genre, non-CMJ party during CMJ at Brooklyn's House of Vans on October 18. The show's got two stages -- a rap and a rock stage -- with the rap stage being headlined by Action Bronson and the rock stage by Interpol frontman Paul Banks. The rest of the lineup includes The Alchemist, Ratking, Ka, Spaceghostpurrp, Savages, Savoir Adore, and a surprise special guest. RSVP is required for the free show and you must be 21+. The flier is below.

Meanwhile, you can catch Action Bronson in NYC even sooner when he plays a free show at Public Assembly on October 10, and he'll also be back for a show at Highline Ballroom on October 30 with Cypress Hill.

Savages have a number of CMJ shows scheduled too. They're playing Mercury Lounge on October 19 with Choir of Young Believers, Daughter, San Cisco, Emma Louise, and J. Thoven. Advance tickets for that show are sold out but you can still try to get in with your CMJ badge. They also play the Stereogum showcase with Dum Dum Girls, Guards, Port. St Willow, IO ECHO, and Icona Pop (DJ) (tickets), and it was just announced that they'll play the free Bowery Presents day party on October 20 at Pianos with The Orwells, Foxygen, Born Ruffians, Little Green Cars, Ava Luna, J. Thoven, San Cisco, Sky Ferreira, Opossom, Murals, Zulu Pearls, and Blessed Feathers.