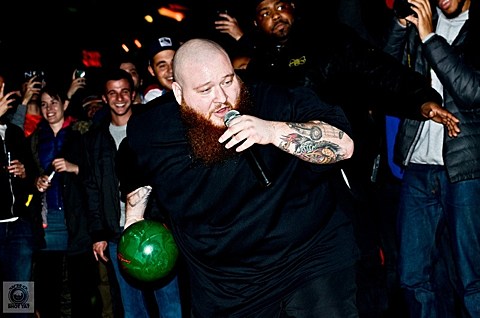 Action Bronson squeezed in one last NYC show before the end of 2012 at Brooklyn Bowl last Wednesday (12/26) with A$AP Ferg and Meyhem Lauren. Like at other Action Bronson shows, he had a huge bag of weed that he graciously threw into the audience, and being that this one was at Brooklyn Bowl, Action Bronson headed over to the venue's bowling lanes and attempted to bowl during his set (as you can see above). Some other notes from the show (via The House List) include that he threw a "Jamaican dance battle for an ounce of weed" and brought out Styles P to cover RIck Ross' "B.M.F" (they do call Bronson the white Rick Ross). When he first walked out, he was decked out in some weird gross fur thing that vaguely resembled his outfit on the Rare Chandeliers album art, which you can see below.

Action Bronson was also supposed to make it to Chicago over the weekend but had to postpone that show until late January when he returns from hims Australia/New Zealand tour.

More pics and a video from the Brooklyn Bowl show below... 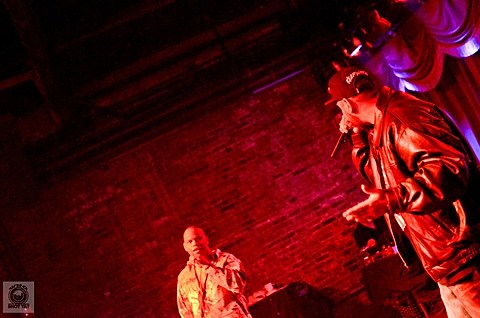 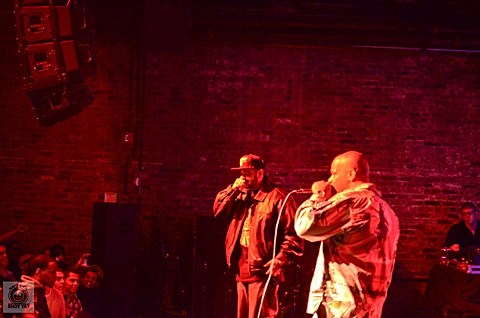 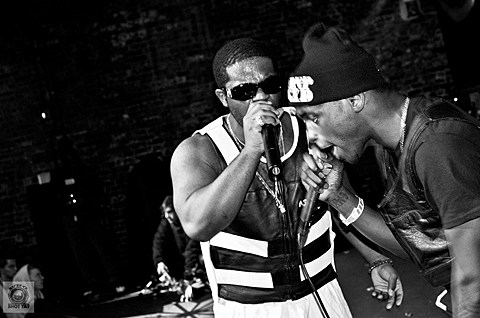 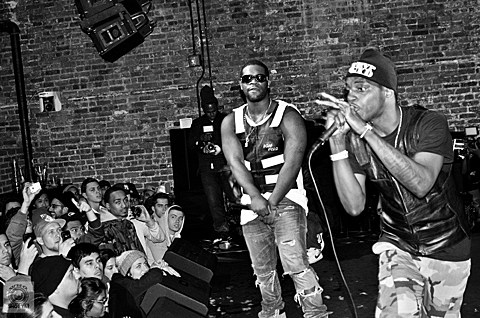 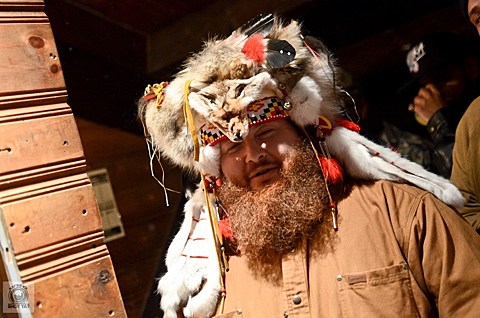 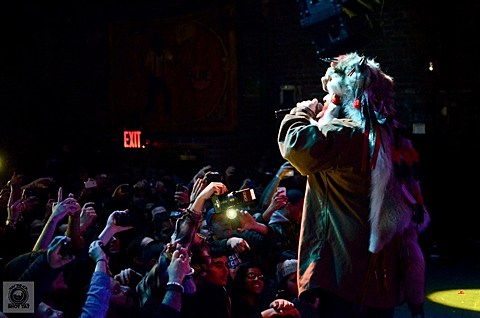 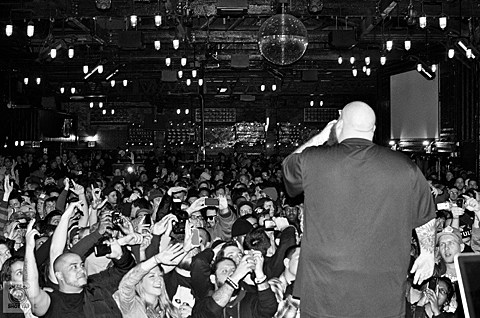 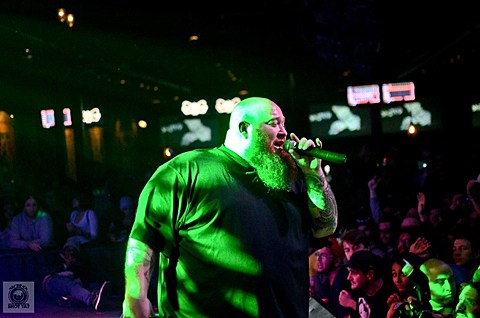 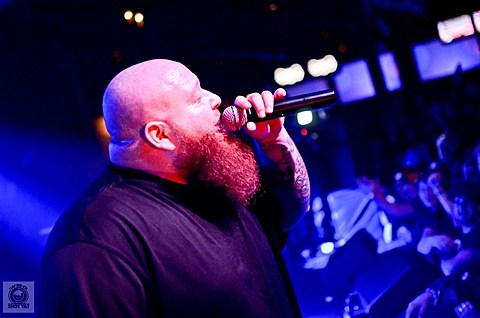 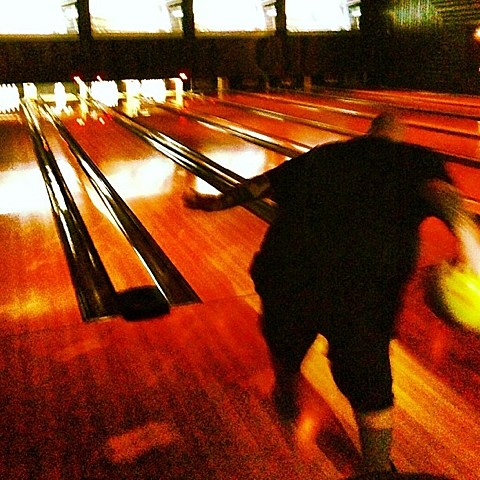 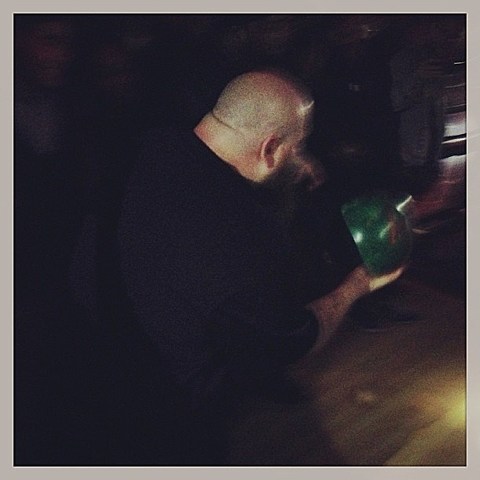 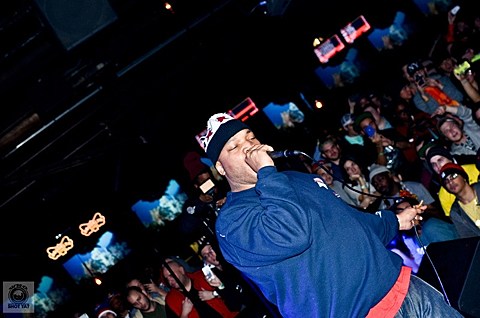