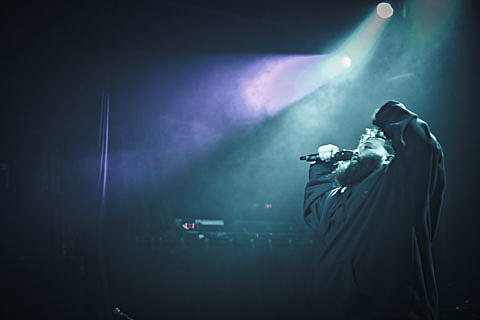 Queens MC Action Bronson is currently wrapping up a tour that just had him playing two nights at Irving Plaza (night 1 pics, night 2 pics), and he's since added another show in his home city happening on March 26 at Best Buy Theater as part of Hot 97's Metro PCS Takeover. It's a co-headlining show with The Lox (aka Sheek Louch, Styles P, and Jadakiss), who just came out of release-hibernation with their "surprise" EP The Trinity which came out in late December (same month as "surprise" releases from Beyonce, Angel Haze and Burial). (We also just caught The Lox at a surprise show in Chinatown in January. So many surprises!) Also on the bill is French Montana and Funk Flex, and tickets for the show go on sale Friday (2/7) at noon.

It won't be the first time Action Bronson and The Lox team up this year. Both were just on an episode of MTV RapFix Live, which you can watch, along with the list of all Action Bronson dates (Sasquatch included), below...