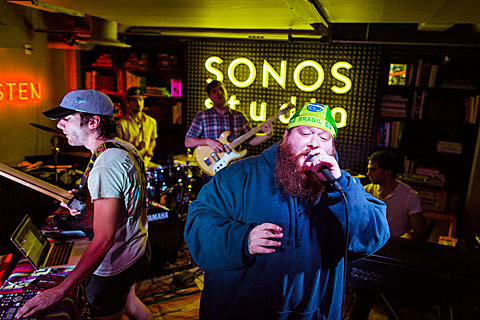 As discussed, NYC rapper Action Bronson will release his new album, Mr. Wonderful, on March 24 via Vice/Atlantic. He's since scheduled a hometown show happening about two months ahead of that release at BB King's on January 26. The show's being presented by Funkmaster Flex, and tickets are on sale now. His only other date that we're currently aware of is Coachella.

Action Bronson also appeared on Funkmaster Flex's Hot 97 show yesterday (1/14) to freestyle over the beat from Prodigy's "Keep It Thoro." You can watch a video of that, and listen to "Actin Crazy" from his new album, below...