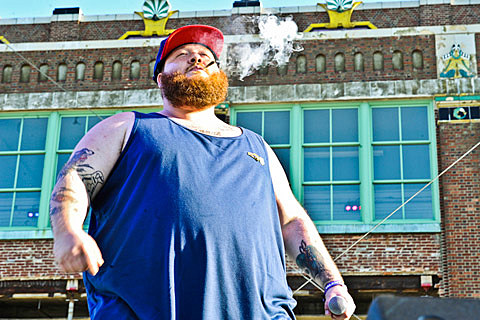 Action Bronson is playing a few shows this month, including a few in Toronto for NXNE, which is now underway. After that, he'll return to NYC to play a free show in Red Hook Park on June 19. As mentioned, that show also includes Das Racist, and does not include AraabMUZIK, who was originally scheduled but dropped off. The rest of the bill features Trouble Andrew and Brenmar, who also plays the official Governors Ball afterparty at Brooklyn Bowl on June 23 with Cubic Zirconia, XXXChange, Questlove, and Nobody Beats the Drum. Tickets for that show are on sale now.

Action Bronson recently made a video for "Steve Wynn" off Blue Chips, his album with Party Supplies (who played Public Assembly last week). You can watch that video below.

He also appears on fellow Queens rapper Meyhem Lauren's upcoming album, Respect the Fly Shit. He's on the recently revealed track, "Peruvian Desserts," which also features Roc Marciano, and on the track "Special Effects," both of which you can download above.

Action Bronson, Meyhem Lauren, and Roc Marciano are all also among the many guests on The Alchemist's upcoming album, Russian Roulette, which is due out July 17 via Decon. Other guests include Danny Brown, Schoolboy Q, Guilty Simpson, Evidence, Mr. Muthafuckin' eXquire, and more. Check out the song "Flight Confirmation," which features Danny Brown and Schoolboy Q below, along with the album artwork and tracklist.

A list of all dates, stream and video are below. 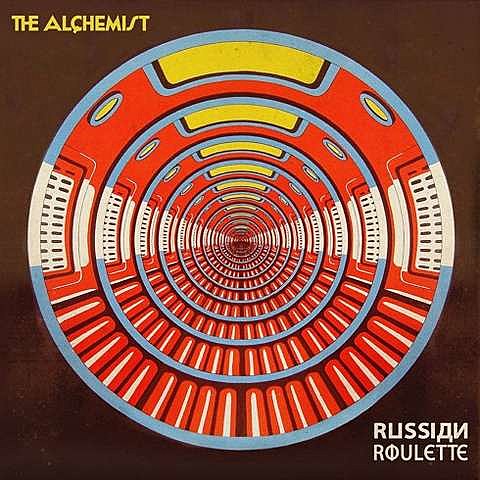