"Its good to see NYC come out every time i perform. That shit is dope." - Action Bronson 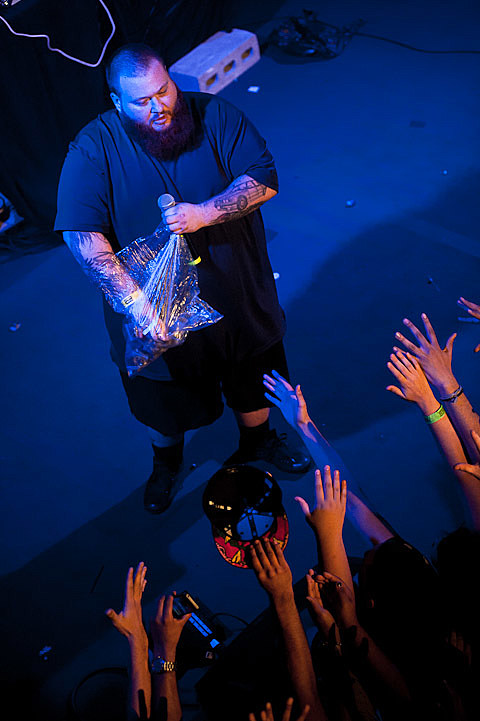 Remember how we just said that Action Bronson continues to give NYC many chances to see him? Well he's keeping that up. After just playing a show with RL Grime last Friday (9/28), Bronson announced that he'll play a free Scion A/V-presented show in the front room of Public Assembly on October 10 with Jonwayne, Party Supplies, and DJ Getlive. The show is free but RSVP is strictly required. The flier for this show is below. Not very surprisingly, it's also been announced that his Highline Ballroom show (10/30) with Cypress Hill is part of a larger tour the two acts will go on together this fall. All dates are listed below.

Action Bronson associate Meyhem Lauren (who he shared a bill with at MHOW in August) has an upcoming Public Assembly show (10/25) too. His is with Lakutis, Big Baby Ghandi, Spit Gemz, Timeless Truth, Gee Dubs, Eff Yoo, and DJ Uneek. Tickets for that show are on sale now.

Tanya Morgan, who was also on that MHOW show, have a show at Public Assembly (10/23) too, two days before the Meyhem Lauren show. That one's a co-headlining show with rapper/producer Oddisee, who Tanya Morgan has played with before, and who released the album, People Hear What They See over the summer (stream it at SPIN). Support on that show comes from The Doppelgangaz, Mr. Mag, and Gotham Green, along with a DJ set by DJ Tara and it's being hosted by Dee Phunk. Tickets are on sale now. It takes place just after CMJ, which Oddisee is scheduled to play, though no shows have been announced yet as of this post. All Oddisee dates are listed below.

That famed MHOW show was rounded out by Flatbush Zombies, who were joined by A$AP Rocky and in turn joined him at his Roseland Ballroom show last week (9/27). Flatbush Zombies don't have a Public Assembly show coming up, but they do have a Noisey: Acid Alumni CMJ show happening at Santos Party House on October 17 with Children of the Night, Haleek Maul, Bodega Bamz (who also joined Rocky at that Roseland show), and The Underachievers (who will be taking part in Flying Lotus' NYC takeover). That show is free with RSVP. The flier is below. 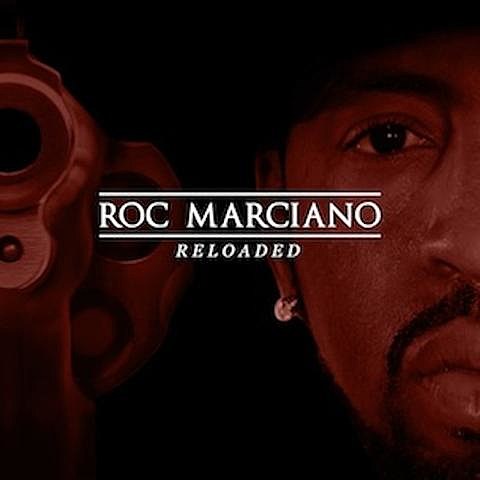 In more related news, Action Bronson/Meyhem Lauren associate Roc Marciano will release his new album, Reloaded, on November 13 via Decon. The album was mostly self-produced, but also includes a few tracks produced by The Alchemist (whose album featured Roc, plus Action Bronson, Meyhem Lauren, and many others), plus tracks produced by Q-Tip, Ray West, The Arch Druids, and guest spots from Ka and Knowledge Pirate. That's the cover art above (via HipHopDX), and you can check out tracklist and stream the tracks "76" and "I Shot The King" (from the deluxe edition) below. He's also in the process of shooting a video for "76."

All lists of dates, song streams and more are below.

Roc Marciano - "I Shot The King" 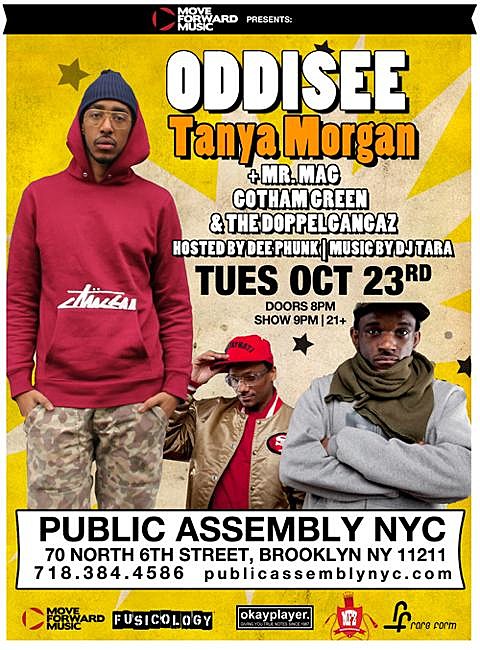 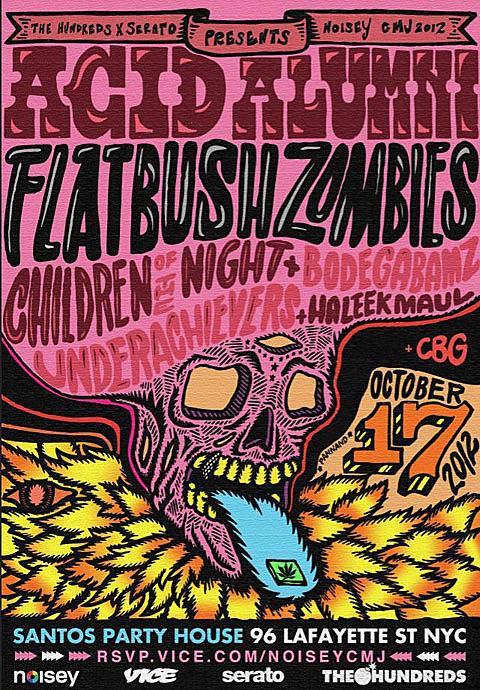