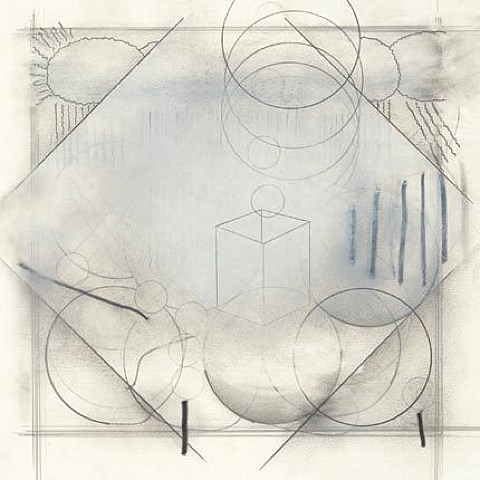 UK producer Actress has announced that he'll release the followup to his 2012 LP, R.I.P. -- though it's the "sequel" to his 2008 debut Hazyville -- Ghettoville on January 28 via Ninja Tune and his own Werkdiscs label. The album announcement comes with the following message:

Ghettoville is the bleached out and black tinted conclusion of the Actress image.

Where the demands of writing caught the artist slumped and reclined, devoid of any soul, acutely aware of the simulated prism that required breakout.

Four albums in and the notes and compositions no longer contain decipherable language.

The scripts now carry tears, the world has returned to a flattened state, and out through that window, the birds look back into the cage they once inhabited.

Spitting flames behind a white wall of silence.

The machines have turned to stone, data reads like an obituary to its user.

A fix is no longer a release, it's a brittle curse. Zero satisfaction, no teeth, pseudo artists running rampant, but the path continues.

You can pre-order the album now. There's a few different packages, including a 3-disc box set that includes a remastered release of Hazyville and a 32-page artbook. That's the artwork above, and the tracklist is below.

As discussed, Actress will be returning to the US for this year's Brooklyn Electronic Music Festival. He plays the fest on Saturday (11/9) at Music Hall of Williamsburg. Tickets for that show are still available, as are 3-day passes for the whole fest.