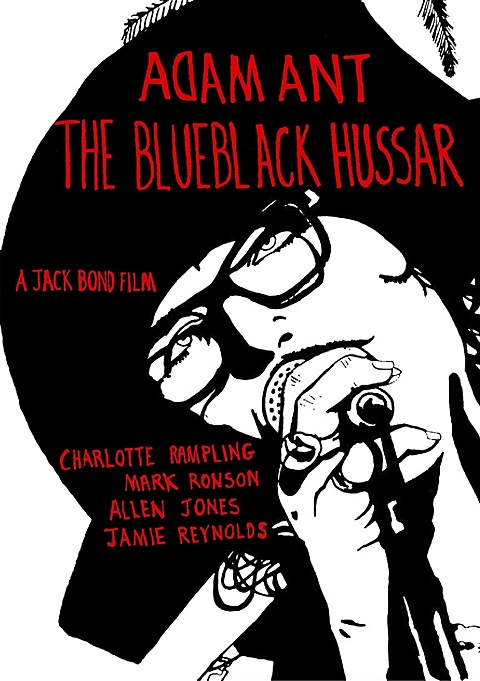 Back in 2013, new wave icon Adam Ant released his first album in 18 years, the decidedly quirky Adam Ant is the Blueblack Hussar in Marrying the Gunner's Daughter, and toured as well. A new documentary made by Jack Bond (The South Bank Show), simply titled The Blue Black Hussar, follows Adam's return to music. The promo blurb:

The Blue Black Hussar is Jack Bond's ride through the world of Adam Ant. The iconic pop star, who was perhaps the biggest music star on the planet during his halcyon days on the 1980s, disappeared completely from public life when he suffered a recurrence of depression that has inflicted him since he was a young man. Sectioned and forcibly sedated, few would have anticipated his return from this particularly tortuous exile. Featuring the likes of Charlotte Rampling, Mark Ronson, Allen Jones and Jamie Reynolds (The Klaxons), this is a film exploring the way back for a unique British hero, one still channeling his "Highwayman/Prince Charming" persona and who has against all the odds, got himself back to playing to huge audiences once again, unapologetically and without compromise

The documentary is out Friday (10/16) on DVD/digital but we've got an exclusive featuring the loquacious Ant, still very much the Prince Charming, in the back of a lorry, mixed with onstage footage. Watch it below.