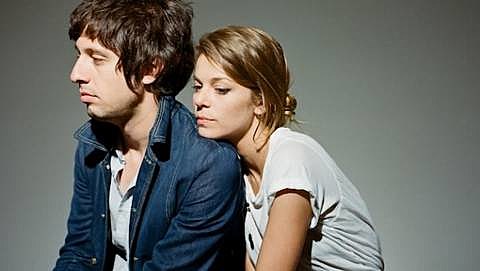 As discussed, founding Moldy Peaches member Adam Green is releasing a collaborative album with Little Joy singer Binki Shapiro this January and the duo are playing some shows before then, including one in NYC on November 5 at Le Poisson Rouge with Computer Magic. Tickets for that show are still available. Adam and Binki have added some other shows happening around the same time, most of which are over in Europe except for another NYC area gig which happens on Friday (11/2) at Maxwell's. Tickets for that show are on sale now.

In related news, fellow founding Moldy Peaches member Kimya Dawson has a few shows coming too, including one at Brooklyn's Europa on December 2 with Rob Sonic and Sir Jarlesburg (tickets), and the next day she'll be the special guest at "A John Waters Christmas" at Tarrytown Music Hall (12/3) (tickets).

Lists of all Adam Green & Binki Shapiro and Kimya Dawson dates, and a song stream from Adam & Binki's album are below.