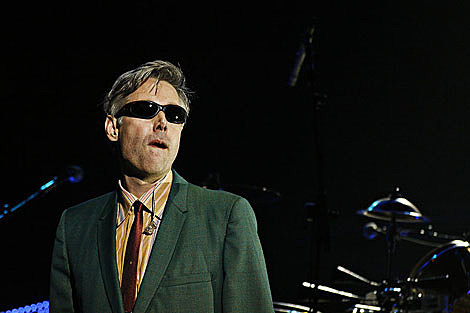 Adam "MCA" Yauch of Beastie Boys was diagnosed last week as having a cancerous tumor in his left parotid (salivary) gland. Luckily it was caught early and is localized in one area, and as such is considered very treatable. It will however require surgery and several weeks of additional treatment. Fortunately the cancer is not in a location that will affect Yauch's vocal chords.

Beastie Boys have canceled all upcoming concert appearances to allow time for Yauch's surgery and recovery. The release of the band's forthcoming album Hot Sauce Committee Part 1 will also be pushed back.

Paraphrasing from a video statement on Beastieboys.com [below], Yauch said, "I just need to take a little time to get this in check, and then we'll release the record and play some shows. It's a pain in the neck (sorry had to say it) because i was really looking forward to playing these shows, but the doctors have made it clear that this is not the kind of thing that can be put aside to deal with later."

Beastie Boys were scheduled to play many festivals this summer including All Points West on Friday, July 31st.

The video message is below...