Frances Yauch and Ad-Rock at park rechristening (via @ascap_music) 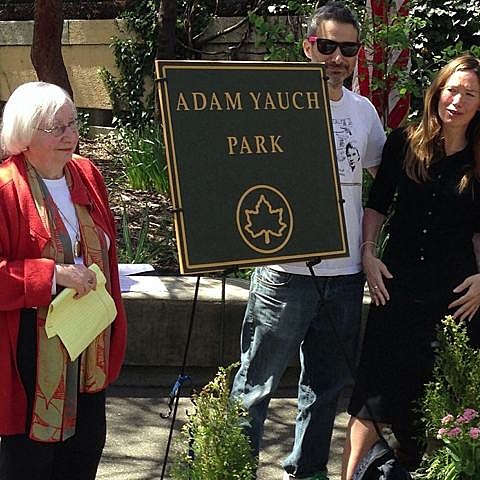 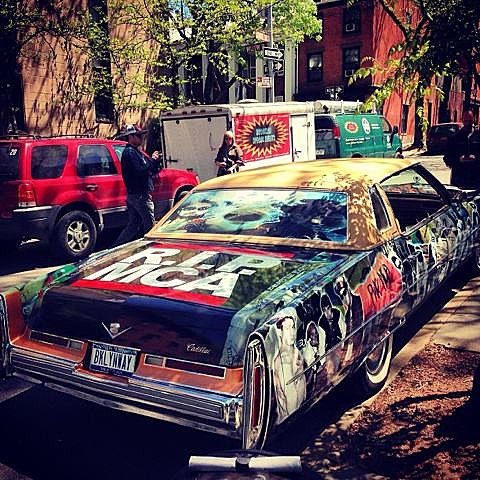 Palmetto Playground on Columbia Street in Brooklyn Heights was officially rechristened Adam Yauch Park this morning in a ceremony attended by Beastie Boys' Adam Horovitz (aka Ad-Rock), Brooklyn Borough President Marty Markowitz and Frances Yauch, the mother of Adam (aka MCA) who died on May 4, 2012.

There's a MCA Day celebration at Littlefield on Saturday (5/4). Video from the Adam Yauch Park rechristening, and a few more pictures, are below. 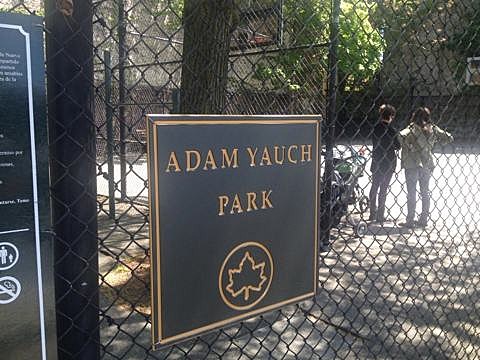 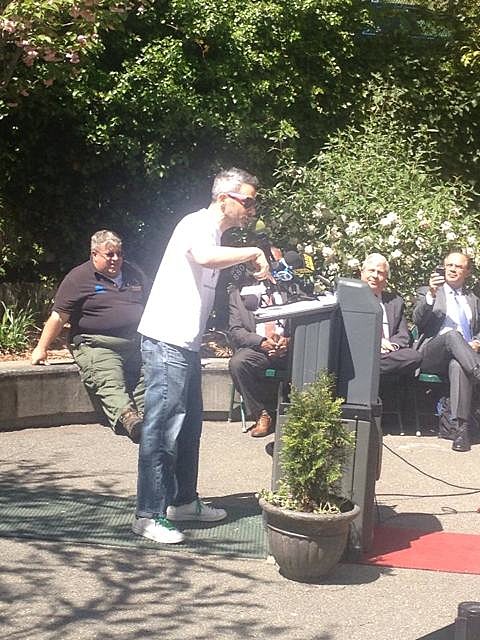 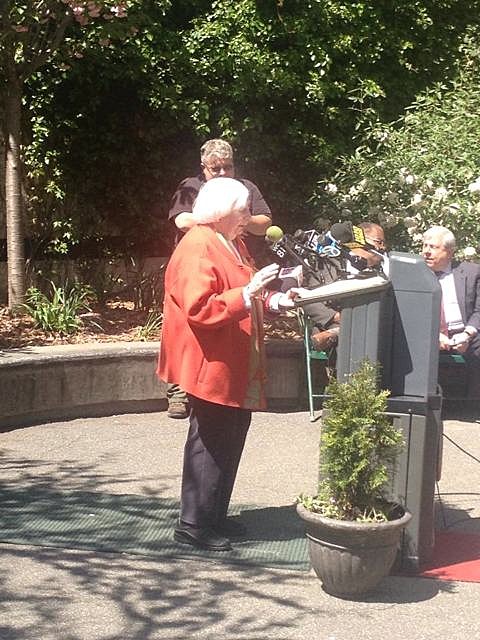 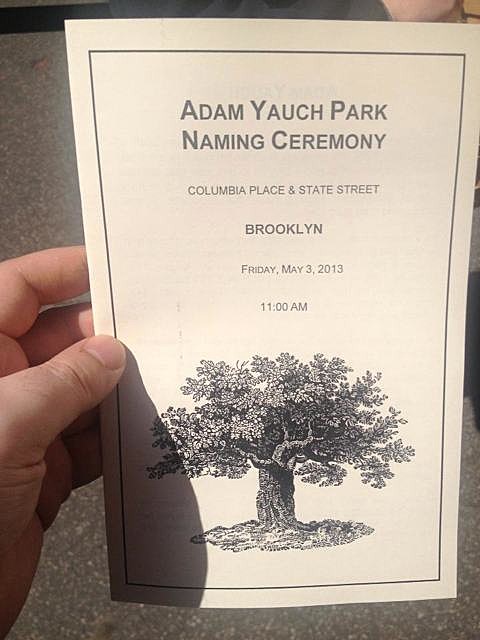 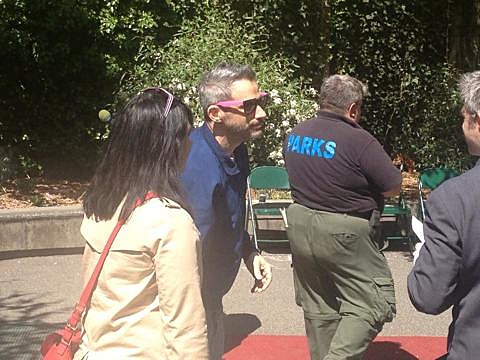