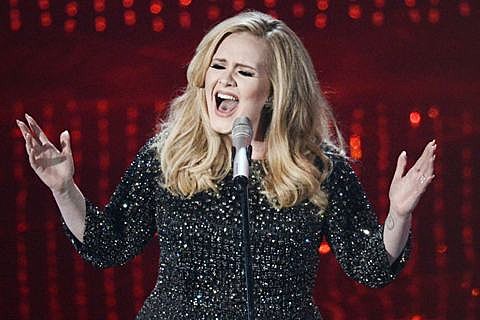 The 85th Academy Awards happened last night (and a little bit into today) with Argo nabbing three Oscars, including Best Picture. Adele and her producer/songwriting partner Paul Epworth accepted the Best Original Song Oscar for "Skyfall" right after the singer performed the song onstage. Kind of weird to see Epworth, who 10 years ago fronted highly-politicized postpunk band Lomax, onstage in a tux. The other music-related award went to Rodriguez documentary Searching for Sugarman. Too bad the couldn't have gotten him to perform as well. He'll be performing in NYC in April for two shows -- both of which are sold out.

In other news, Best Live Action Short went to Curfew which was written and directed by its star, Shawn Christensen, who some of you may remember as frontman of early-'00s band stellastarr* (who haven't officially broken up but are on indefinite hiatus).

There were plenty of other musical performances, though, as last night's ceremony was a themed celebration of "music in films" and featured more singing and dancing than we've gotten in a few years. The highlight for me was certainly the tribute to Bond themes, culminating in Shirley Bassey belting out "Goldfinger" and showing she's still got an amazing set of pipes at age 76. If you missed the very long telecast (over four hours) hosted by Seth McFarlane, the whole thing is streaming at Hulu.