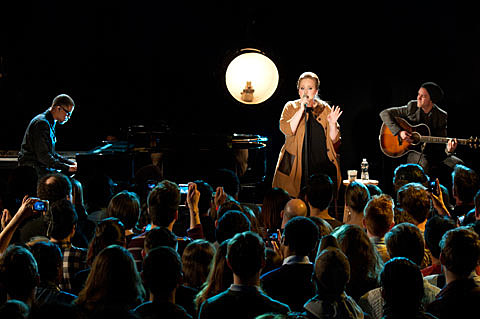 Adele released her new LP 21 this week, and has added more dates to her North American tour to go with it. Tickets to her show at Beacon Theater went lickety-split back when they went on sale, so luckily she has added another NYC show happening at United Palace on May 21st. Tickets go on sale 2/26 at noon.

All tour dates, and a series of videos that Adele put out leading up to the release of "21", below...

Adele - Rolling In The Deep (Live at Largo)