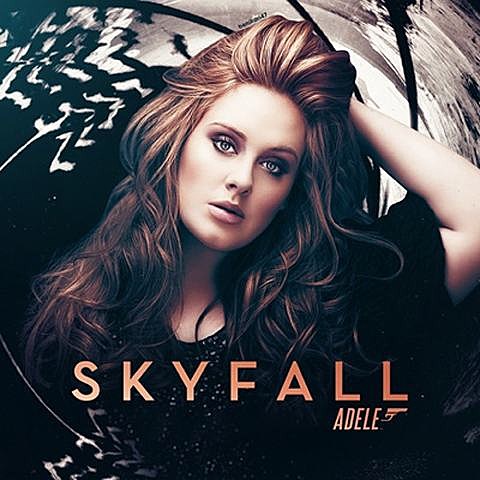 Adele's theme song from Bond flick Skyfall was one of the five nominees for Best Song in the 85th Academy Awards which were announced this morning (1/10). Other nominees include Norah Jones' "Everybody Needs a Friend" from Ted; Scarlett Johanssen and Joshua Bell's "Before My Time" from documentary Chasing Ice; "Pi's Theme" from Life of Pi; and "Suddenly," one of the new songs penned for the new version of Les Misérables. Not the most exciting list (songs by Karen O, Fiona Apple, Arcade Fire, and Rick Ross were on the eligible list) but at least we got five noms this year -- only two songs were nominated in 2012 (they changed the eligibility rules after that happened). Videos and streams for all five are below.

Also nominated was Searching for Sugar Man, the terrific documentary about '70s cult musician Rodriguez. The DVD of that film is out January 22.

The 85th Academy Awards will be given out February 24th in Los Angeles. A full list of nominees are below.

"Before My Time" by J. Ralph Feat. Scarlett Johansson and Joshua Bell

Nominations for the 85th Academy Awards

Achievement in music written for motion pictures (Original song)
"Before My Time" from "Chasing Ice"
Music and Lyric by J. Ralph
"Everybody Needs A Best Friend" from "Ted"
Music by Walter Murphy; Lyric by Seth MacFarlane
"Pi's Lullaby" from "Life of Pi"
Music by Mychael Danna; Lyric by Bombay Jayashri
"Skyfall" from "Skyfall"
Music and Lyric by Adele Adkins and Paul Epworth
"Suddenly" from "Les Misérables"
Music by Claude-Michel Schönberg; Lyric by Herbert Kretzmer and Alain Boublil